A Cross For The Church – Vital Thebeau – A Message For You

CHAPTER 28 1970
16th of June I got up at five o’clock in the morning so I could get to work on time. I started to work with Glen McGuigan that day. I was quite excited about my job. We worked on a conveyor. The chain on the conveyor was broken. 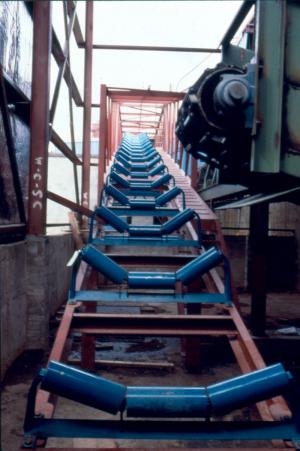 My boss’s name was Kurt Wisingneer. They had a camp for the construction and mill workers; they gave me a room there. I was the new guy and the other guy that was with me his name was Tom D’Entremont. We stayed there all summer. We had free meals three times a day. I enjoyed working in the mill. After two weeks they asked me to work on the forklift. I didn’t know too much about forklifts. They had eight of them; it kept me quite busy because they hired young people to operate them. They didn’t know anything about driving a forklift. My boss asked me how I was making out and I told him that I was doing ok. He said yes you are right because we didn’t have any more problems looking after the loading dock. Before I started to work on the forklifts he was up to the office complaining about the up keep. They said keep up the good work because we don’t want the boss complaining about the forklifts every day. 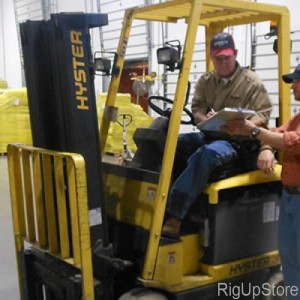 I was happy to come to work in Nackawic because I didn’t see too much future in Minto. The coal mine was starting to slow down because the coal wasn’t selling very well any more. I was 40 years old and I thought it was time for me to move on. It still took me about a month and a half to decide to move to Nackawic, I had a big family to look after. It was a big decision whether to move or not. I did move that summer. I worked a lot of overtime and that kept me busy. I had to look for a house for my family. I bought one on Landdagger Drive; it was $17,000.00 at 9% interest for 25 years. I didn’t know how long I would be working in Nackawic, but I took a chance anyway. The school was right behind the house which was good for the kids. I moved my family the first week of September so the kids could start school there. Four of them started in the elementary school across the road from my house and the other kids went to the junior high school behind the house. It was quite convenient for the kids.
There was an Old Catholic church down the 105 we used to go to. It was about 8 miles from Nackawic, that’s where my son Philippe was baptized. About a year or two later, the people of the community thought we should build a new church. The new church was built on Otis Drive, in Nackawic. It was not a big one, 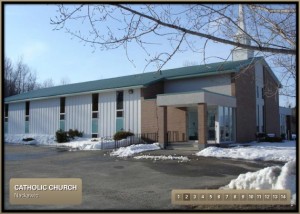 but it was big enough to hold about 250 people. The Nackawic Pulp and Paper Mill donated the pews. the alter was made with a maple stump that was cut by Gustave Ouellette. That was very nice of the mill to do that. When the mill opened; there were a lot of Catholic people moved to Nackawic to work there.
A few years later the council decided they should do something for the church. They suggested three things, stained glass windows, and a cross to be put in front of the church or to sponsor a family from an old country. That was put to a vote. The community voted and they voted to sponsor a family from another country. I voted for a cross, because I thought it would be nice to have a cross in front of the church. About a year or so later I said to my wife, it would be nice to have a cross at the front of the church. One day I went to speak to Father Dan, I asked him where we could buy a cross and how much it would cost, he told me it would cost around $15,000.I thought that was too much.
One day I was talking to my sister, she told me that my nephew Norman Doiron would probably be able to make the statue to go on the cross. I called him up and asked him if he could do it, he said yes I think I could do it. So on Monday we got together at the church, he brought some of his carvings with him that he had made to show us. They were very nice. I asked him how much he would charge me; he said $7,000.00.I thought that was not bad, so I bought the wood to make the statue and the cross. It took him about two months to make it, he did a super job. My son Patrick made the cross. Everyone thought he did an excellent job. When we put it up in front of the church, it looked very beautiful.
One Sunday Father Dan wanted to bless the cross; the CBC News came from Moncton for the blessing. Rita and I were very pleased to do that, it would be there for a long time, and I thank God I was able to do that for the community.
There is a button at the bottom of the page that makes it really easy to by my book, and if you do buy one, I thank you for helping my dream come true.

Vital Thebeau passed away May 2016  These words were part of his big dreams, a hard working man with a brain. Almost unstoppable.