My mother was an Avon lady. 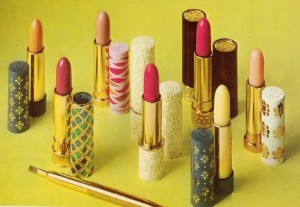 I loved it- the bag full of samples and brochures. To a Wild Rose, Topaz, Rapture. Pretty Peach for little girls- packaging before “packaging”. I could go on. Names that smelled exotic. And those little tiny lipsticks! Who could forget?

So when the opportunity to fill the shoes of a ” stand in district manager ” came up, I jumped at the chance.
What I discovered is that Avon ladies are no longer housewives looking to make a little pocket money. They are now front line cosmetic merchandisers looking to supplement their income to the tune of cars,vacations, and debt repayment. All this for a mere $20 investment. Be your own boss! No more supervisors, managers,leads telling you what to do. No siree!, you are not the boss of me. What they don’t mention is that you require smarts,dedication, hard work and more hard work to achieve these “wildest dreams”.
Now my job, as a ” stand in” District Manager was to find six people a week that fit this criteria. Let me tell you, it wasn’t easy. Turns out if you have 20 bucks , I, will pretend you are qualified. Because….6 people a week! Try it. For one week try to get $20 bucks out of six people for any cause, let alone the opportunity of a lifetime. Then, try it again the next week, and the next. Unlimited earning potential in a career that you love in an environment of women helping women. 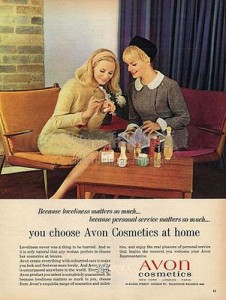 Needless to say, I met people in many settings. Men at Tim Horton’s ( yes, men are Avon ladies too). I didn’t care if they had two heads, if they had $20 bucks. My most treasured memories are in the cinderblock basement suites of 4 plexes. People who decorate with Pinatas. All of whom hang their pictures (Sears portrait studio) 4 inches from the ceiling. Most who had a foot long Blue Mountain pottery ashtray, full I might add. Many had tabletop fountains, many had aquariums, a small deep freeze in the kitchen, but ALL had a 60″ TV.
Turns out only a few were willing to fully commit to the earning opportunity . They were very keen to place their first ( and only) order. Avon doesn’t require payment for your first order until you place your second order. Jackpot! Apparently Avon hasn’t realized that these new recruits are not all suburban housewives anymore, and some are rather savvy criminals. Place a 900.00 1st order, don’t pay for it and sell it for 100% profit! I am sure my team placed many first orders. I signed up people whose previous address was a hotel. I signed up a woman with a full beard. Didn’t care, 6 a week. 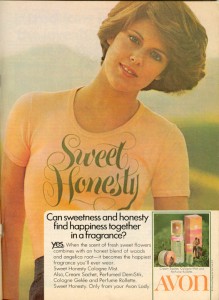 The “on line” way of doing business was in its infancy. Most of my reps did not own a computer. This meant a system of team leaders strategically spaced within my district who collected the orders on specified dates. I then drove around and collected the orders and then couriered them to Montreal- headquarters. Then, a week later, the orders were delivered to the rep’s homes.
Hopefully.
Some reps who lived in apartments had an issue with theft. The courier would bring the order, ring the buzzer,leave. By the time the rep got downstairs ( always a walk up), the order was gone. The next person who walked in the door gifted themselves with a box of beauty products. Pretty hard to grow your business without inventory. And moving would add significantly to your overhead.
I learned a lot during that time. I know now that dealing with primarily French speaking people on the phone about an invoice or a missing order is not easy. I should have paid closer attention to “Monsiour Thibeault” in school! I learned to think in terms of “Lipstick Mauve”. What??
I learnt to expect the unexpected. Taxidermy. An “Unca Daddy” emerging from a back room one hour after I had arrived (assuming I was alone with the rep to be) became the norm and soon didn’t startle me. These same men could hardly make eye contact fearing that any talk or reference to beauty products could affect their sexual orientation. They grabbed their smokes and ran in fear! 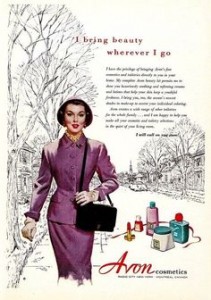 One rep I knew had a child in a back room who called 911. The SWAT team broke down the door while she was collecting the 20. Startled her, but she signed her up regardless.
All this being said, I learned that people are basically good. We all pretty much want the same things for our families. Some people have a greater chance of success because of the cards they were dealt. But there is an army of Avon ladies out there reciting “Avon Calling” who I will never forget.