David Bowie is Crossing the Border

Last night we lost one of the most talented and influential artists of both the 20th and 21st centuries. It’s telling of Bowie’s character and charisma that social media is united in its’ users outpouring of respect and adoration. It’s rare for a person to be so beloved that even the internet refuses to be snarky about their passing, but Bowie is such a man.

In honour of David Bowie’s lifetime of achievement, here is his farewell music video and a selection of his lesser known media oddities to parse in his memory.
This music video is for the track “Lazarus” from Blackstar, Bowie’s final album. Given the nature of his lyrics and videos, Bowie had time to prepare for his end and went out like a legend.

A surreal television advertisement from 1974 for Bowie’s “David Live” LP.

Oct 8th, 1999: Bowie drops by Channel 4’s “TFI Friday” for a fun interview. As always, Bowie has a basketful of “too amazing not to be true” anecdotes to share.

One of Bowie’s first acting appearances in this rare, X-Rated black and white short film “The Image”, directed by Michael Armstrong. The piece perfectly suits Bowie, who plays a ghostly version of the artists illusionary reality.

Bowie escapes the long arm of the law after his 1976 marijuana arrest with Iggy Pop.

You gave us more joy and inspiration than we could ever give back. Thank you for everything. 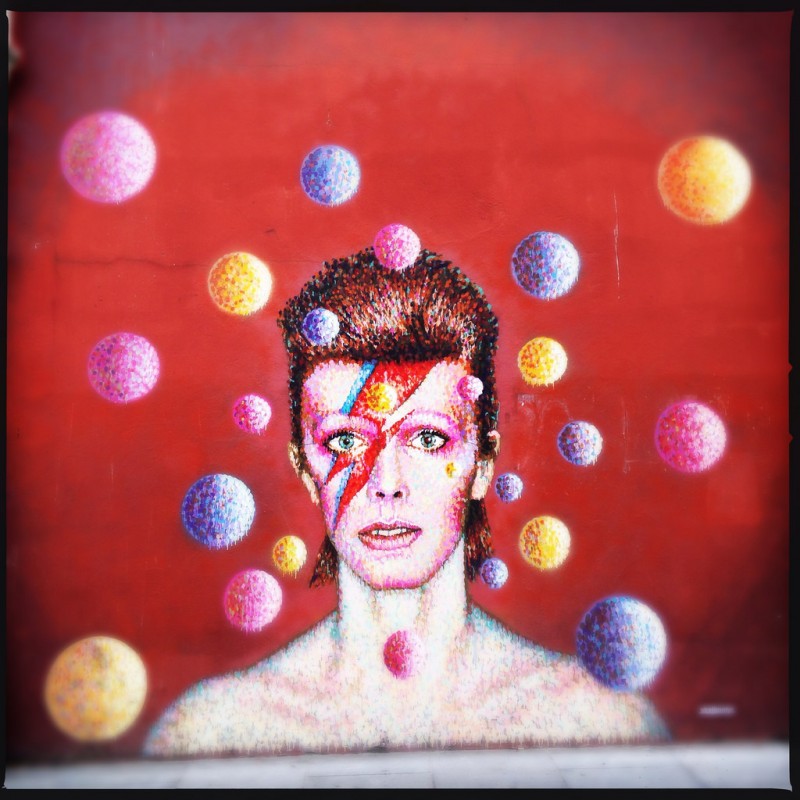