Over the last several years, the far cultural authoritarian left – termed today as the regressive left – has been launching a militaristic online campaign against free speech; one that aims to make the web into an ideological safe space. And, as with any war, whether physical or digital, the victim count is growing more and more each day.

As any competent social media user under the age of 79 knows, you never feed the trolls.Like most Millennials, I spent about 60% of the day yesterday scrolling through Twitter. Eventually, I saw it: Leslie Jones’ nudes as the number one trending topic in the United States.

Immediately, a single word popped into my head as I contemplated the motivations behind this act: Milo. For those who don’t know, in the month of July, conservative media personality Milo Yiannopoulos became the first person ever to be permanently banned from Twitter. Not “Your account is gone and you have to start all over” banned, but “You as an individual can never use this platform again” banned. 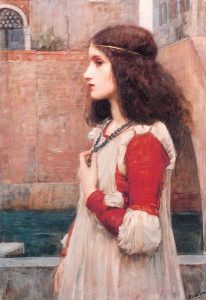 Milo has had run-ins with the Twitter police before, most notably when he had his verification badge removed after jokingly pretending to be a Buzzfeed employee. In this most recent event, Milo exchanged a single tweet with Leslie Jones as she was battling a wave of trolls online after her Ghostbusters release. Granted, his tweet was provoking and catty, per Milo’s reputation, but it was in compliance with Twitter’s terms of service.

But because Leslie continued feeding the trolls (never feed the trolls), she attracted even more harassment which caused even more of a scene for the website. This embarassed Twitter, and led to their need to make an example of this situation to prove to the world they were on the side of safe space advocates. So they banned Milo.

Deleted tweets & temporary suspensions are common, but never banning. It shocked Milo’s 300,000+ fans, including yours truly, that he was indefinitely evicted from his most domineering platform. It also made Milo into a martyr for the libertarian/conservative/classical liberal sphere of the internet. And as with any martyr, some supporters will seek revenge against their martyr’s antagonist. This would unfortunately become to be Leslie Jones.

Remember, the outcome via free markets will always yield better results than that of central planning and authoritarian regulation.Through perhaps her own volition, Leslie made herself into a target for harassment the second she showed emotional vulnerability to her trolls. I don’t intend to victim-blame her for the disgusting, hateful criticism regarding her movie or the recent photo leak, which, again, is indefensible. But as any competent social media user under the age of 79 knows, you never feed the trolls.

That’s why the block button exists. You would think a professional comedian would be more aware of this fact than anyone, but I digress. Whether she bared conscious responsibility or not, her approach to criticism was directly correlated to the harassment she received. And in a way, it’s kind of ironic.

With her calls for rescue and intervention by Twitter, I theorize that the company and her SJW allies actually made her online experience less safe than it otherwise would have been had Twitter simply left its internal marketplace free to take its spontaneous course and allow the situation to resolve itself. Remember, the outcome via free markets will always yield better results than that of central planning and authoritarian regulation.

The regressive left claims to be interested in making the internet a safe space for minorities, but in the end, through their obsession to control speech and interaction, they made the situation ten times worse than before. They’re facilitating the rise of political conflict online. And this isn’t just limited to Milo Yiannopoulos: several additional examples have surfaced both before and after this particular event.

In 2009, Mozilla’s CEO was forced to resign after pressure surfaced from the left to oust him for his political opinions on gay marriage. Granted the CEO is no less culturally authoritarian, seeing as he contributed money to promoting a government act to ban gay marriage in California, but that’s not to say the left is any more libertarian.

In the end, it was a major declaration against free speech. Particularly free right-wing speech. Not the legislative writing backed by the constitution, mind you, but rather the philosophical principle backed by morals and ethics.

Backtrack to 2015, when the war on gamers was at its peak, known as #GamerGate. In the midst of trying to free this entertainment genre of problematic content, the left managed to get video games removed from shelves or outright banned. Notable examples were Dead or Alive xtreme 3 and Grand Theft Auto 5. Oh, and just so progressives can know how much of an influence they had, the misogynistic Islamic theocratic patriarchs of Saudi Arabia agree with you about combatting problematic sexual indecency. Hence their banning of Rise of the Tomb Raider.

Fast forward to “current year” to witness the onslaught of censorship in full swing, which many have had the unfortunate pleasure of experiencing first hand. Multiple individual libertarian-leaning personalities and commentators have been targeted. Reputable names like Lauren Southern, Blaire White, Liberty Memes, Milo Yiannopolus, Gregory Alan Elliott, and not-so-famous names like Peyton Smith, Anarchyball, and so many other individual or collective outlets for what has been deemed “politically incorrect” commentary have been directly influenced by these censorships.

Ignoring the examples of actual physical assault, doxing threats and social media harassment (arguably sometimes more severe than that of Leslie Jones), these people have been on the receiving end of attempted censorship efforts from far-left camps like AntiFa, Intersectional Feminism, BlackLivesMatter, and so on.

This war on ideas is about to boil over.

The Free Market Has Had Enough

With fierce attack comes fierce resistance. A new generation of online pioneers are seeking to remove the monopoly on ideology the left currently holds in mainstream academia, entertainment, news, and social media. Prepared to launch swift defensive strategies when confronted with the threat of censorship. But since many of these organizations are in the ideological pocket of Big Leftism, dissenters can’t rely on conventional methods of fair internal resolutions.

As a result, we’re seeing the creation of voluntary cyber militias, prepared to defend their fellow free speech advocates during this crusade of so-called social justice. News outlets like Breitbart, Drudge, Rubin Report, and Rebel Media, as well as a frontline division of non-media individual parties, are all protecting each other, raising awareness of unfair censorship and redirecting the pressure onto the companies and their bias representatives.

While I know private companies have every right to do this, I still propose that they shouldn’t.But with black market vigilante defense comes more impassioned and negligent defensive actions – including the latest shameful example of Leslie Jones’ private photos being hacked and leaked as a humiliation attack.

None of us who support the free exchange of ideas should support this kind of silencing. But at the same time, it’s time for companies and the greater authoritarian left to realize their ideological Ecclesiocracy is not making the internet a safer place. And by failing to provide users a trustworthy avenue for impartial enforcement of regulations, they have created cells of betrayed consumers who are determined to seek justice through primarily cooperative, though unfortunately sometimes disgraceful, tactics.

Get Authoritarianism out of Social Media

If you’re really interested in making the internet a safer place for users, and a more respectful place of discourse, consider cultural liberty. We’ve seen the effects that ideological authoritarians have had on our governmental system, fighting to arbitrarily enforce what they think is right. Ask yourself, do you honestly want to see that system duplicated in one of the most populated, innovative, and arguably anarchic industries of the Information Age?

While I know private companies have every right to do this, I still propose that they shouldn’t; not only because I’m a genuine free speech absolutist, but also because I care about the safety and comfort of all individuals – even those like Leslie Jones who would be just fine with silencing me. 
Taleed J. Brown is a content intern at FEE and hosts the popular YouTube channel “That Guy T“.

This article was originally published on FEE.org. Read the original article.