Environment Canada estimates that for every acre of primarily coniferous forest burned, approximately 4.81 metric tons of carbon is released into the atmosphere, between 80 percent and 90 percent in the form of carbon dioxide (CO2), with the rest as carbon monoxide (CO) and methane (CH4). And we encourage intense fires by the misguided Forest Fire Management Suppression schemes we have practiced for over one hundred years.
Prior to the 1800s, First Nations peoples are estimated to have burned roughly 4.5 million acres of land producing an estimated 21.6 Mt of GHG per year, in order to manage game, spur the growth of edible plants, and deprive enemies of cover. 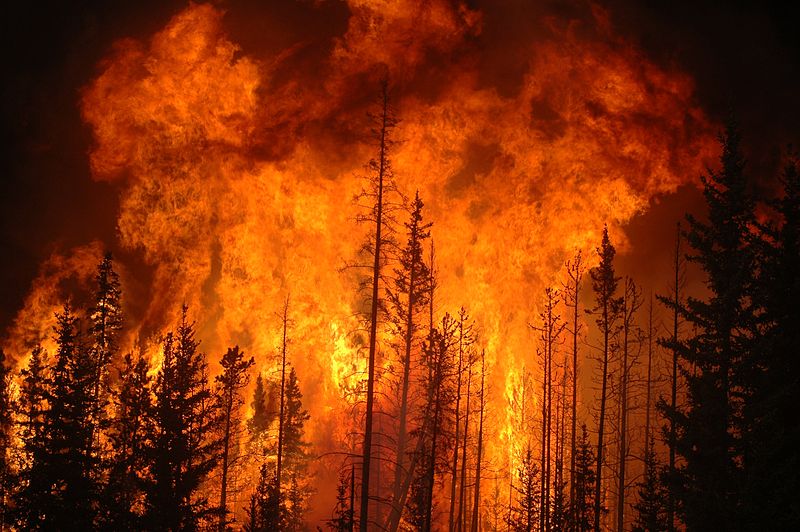 Then there is the soil! The Indonesian fires of 1997 burned relatively thin tropical trees. But the forests were also covered in carbon-rich peat, up to 20 meters thick. These fires were estimated to have released between 13 percent and 40 percent of the world’s annual emissions in 1997. 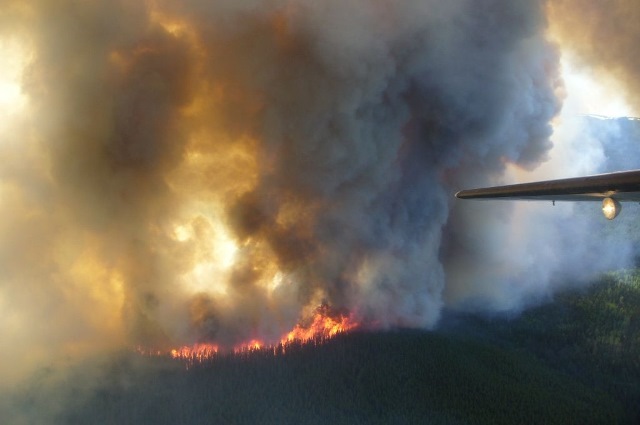 In 2006, 96,385 wildfires destroyed about 9.87 million acres of forest in the United States.
Forest fires accounted for 47.47 million metric tons of carbon emissions in the United States last year.
The annual US carbon dioxide emissions are estimated to be around 6.049 billion metric tons.
Oil sands GHG emissions were 55 Mt (1 Mt = 1 million tonnes) in 2011.
About 0.15 per cent of global GHG emissions comes from oil sands development.
And finally a beautiful film, magnificent images, which speaks to our forest management policies in a meaningful way.
Worth the 5 minutes for sure.
WILDFIRE, Forest Fires In The American West
from Steven G. Smith Pictures