It’s been close to a month since Harris Wittels passed, as hard as that is to believe. Comedian, writer, actor, producer, and musician, Harris was a widely talented man whose sudden death is all the more distressing given his recent success at rehabilitation. We’re left with his work and creativity: The Sarah Silverman Program and Parks and Recreation, his band Don’t Stop or We’ll Die, and the hashtag that spans all genres: #humblebrag.
Best of all, we have his many, many appearances in the podcast universe, particularly with Earwolf. Hopefully these will entertain audiences for years to come, and Harris will continue to influence other comics with bizarre and offbeat mind. I’ve put together a smorgasbord of some of Harris’ best (or at least my favourite) podcast appearances. If you’re not a fan already, I hope this will give you a sense of his soul and wit. If you’re already a fan, think of this as an excuse to re-experience some of his genius with me. RIP Harris, you are already missed. 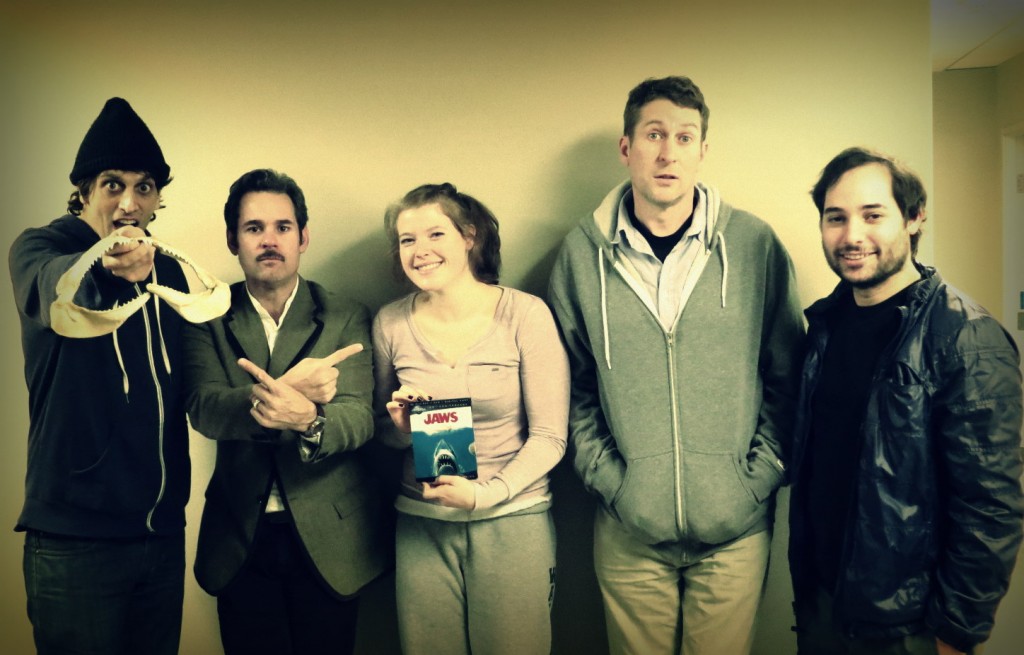 Wittels last appearance on the CBB podcast, and likely the last in the popular farts and procreation series. Scott Aukerman, Adam Scott, and Chelsea Peretti are all superbly on-point here, but Wittels steals the show with some disturbingly hilarious true stories from his life and half-detached curmudgeonly attitude. The podcast eventually just devolves into the group reading the enormous email chain it took to schedule the show. It’s my favourite of the last farewells to Harris, and one of the episodes that seems to most captures him as a performer and a person.

Ronna and Beverly are high camp maniacs, the perfect foil for the low-key Wittels, and this is one of my favourite interviews of him. Ronna and Bev are as usual extremely overbearing, teaching Harris about the meaning of love, and life, but Harris plays well off of (and even baits) the pair. R&B are as impressed as they can be with a guest.

Getting Doug with High

Live from Largo in LA, it’s Getting Doug with High, featuring Eric Andre, Rory Scovel, Jonah Ray, Steve Agee, a dog that sits on stage most of the show, and Harris Wittels. Harris is dead centre and lively, stealing the show even as he’s huffing Benson’s volcano bags. Even stoned off his ass, the man is incredibly sharp.

Nothing but piano-pop trio Don’t Stop or We’ll Die riffing with Scott and playing tracks from their newest, illest full-length album Gorgeous. Harris Wittels (drums, backing vocals), Paul Rust (bass, vocals), and Michael Cassady (piano, vocals) make up the outfit, whose band influences and interests are listed as “tolerance and passion”. We also get another round of classic, occasionally nonsensical, almost-jokes from Harris’ foam-corner.

No list would be complete without an episode of Analyze Phish, Harris Wittel’s pet project. Here, Harris would try to bring people into the bizarre and inscrutable world of Phish fandom, making the best case he possibly could for a psychedelic rock band known as much for the dedication and positivity of their fans as their music.
On this episode Harris tries to bring Tom Scharpling, one of the funniest and grumpiest men alive, into the fandom. It goes rapidly from bad to worse, as Harris ricochets between clips of full band jams.

The tables are turned when the two Scotts – Scotty Auk and (Adam) Scott – try to entice Harris into joining Team UTU2TM (the worlds most popular U2 specific podcast). For once, Harris is the one being annoyed by somebody else’s terrible obsession with a weird, cultish band. The entire conversation is summed up in one line:
“If you don’t know who Harris is, Harris is a ridiculous person who likes the band Phish”. — Scott Aukerman

Marc Maron also did a great retrospective over at WTF. We can’t embed it here, but it’s worth the trip off-site. I hope these clips either won you over to Harris, or reminded you of all the great work he’s created over the years.