HONEYMOON IN JAPAN Freda Utley Odessey of a Liberal.

Chapter 12
My Japanese year was the best in all my life. So happy, so well-remembered that I look back on it through the gathering mist of my coming old age with an aching nostalgia.
Arcadi and I were very much in love and enjoyed to the full the great happiness of being at long last together. We were getting to care more and more for one another as we understood one another better and became increasingly intimate both physically and mentally. Life was full of laughter, thanks to his gift of humor and my release for awhile from the nagging money worries of the past. I described what I felt to Mother in sentences I could not improve on today:
“I can realize now the sweetness and joy of your life with Dada and the terrible loneliness afterwards. You, dear, and I think I also, for a time at least-have enjoyed a perfect companionship which simply does not admit of pretenses and squabbles and flirtations, which do in fact come into the life of most people. I waited a very long weary time Mother, and it only came just in time to save me from taking a third or fifth best or, rather, nothing.”
We lived very simply, for although Arcadi was earning £100 a month, we hoped to save enough money to buy an apartment in Moscow when we returned – which meant stringent economizing in view of the dependents we both had to provide for. 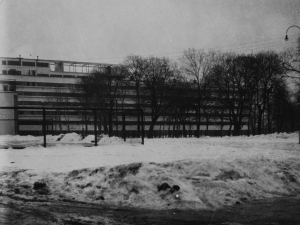 In addition to “Mrs. B.” Arcadi had a son in Poland by his first wife whom he was educating, and I had Mother. Besides it hardly seemed worthwhile buying anything but the minimum essentials of furniture and other things since we thought we would be in Japan only a few months. We went on with one table, two chairs, two knives, two glasses and plates, 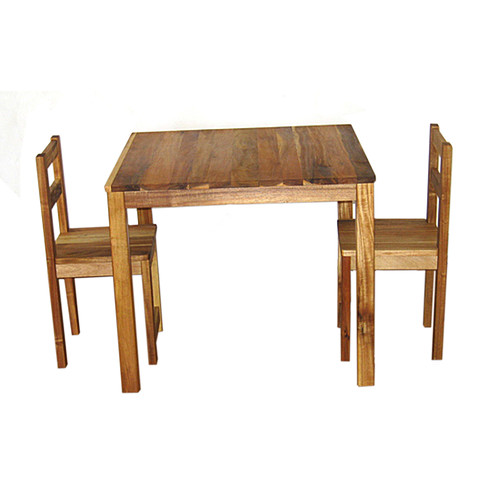 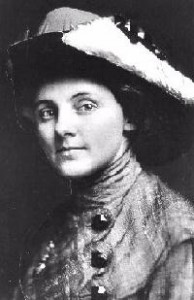 the foremost female American propagandist for the Soviet Union, whose “passionate stupidity” is described in Malcolm Muggeridge’s satire on the Soviet Union entitled Winter in Moscow. * 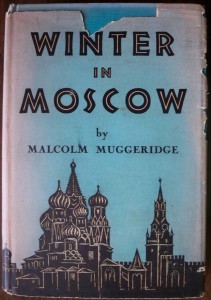 In Moscow in the 30’s, Shubin, who was a small thin man, would appear like a small tug conveying an ocean liner when he accompanied his massively proportioned wife to Moscow parties.Shubin was purged in the late ’30s and Anna Louise Strong briefly arrested as I learnt on my 1938 lecture tour in America when I met her father, a devout minister, in Seattle, dreadfully worried at his daughter’s arrest. Terrified, or clinging to her Communist faith, Anna Louise Strong made all the necessary confessions and is today, in her 80’s, comfortably installed in Peking as the grand old lady of Western Communist society among a handful of other defectors.
The intrigues, the calumnies, and the factional struggles which went on in the small Russian colony of employees at the Trade Representation and Embassy in Tokyo should have taught us what to expect in the USSR. But we thought, or continued to kid ourselves, that this was because the Russian colony was composed of “intellectuals” and that in Russia the proletarians ensured a cleaner atmosphere.
Moreover, both the Ambassador, Tryanovsky, and the Trade Representative, Anikeev. were decent men and the same could be said of Ivan Maisky, later to become Ambassador to Britain, but at this time the Counsellor of the Embassy in Tokyo. Maisky’s wife and my friend Madam Anikeev were at daggers drawn and once during Tryanovky’s absence from Tokyo a telegram had to be sent to Moscow to settle the delicate question of precedence at Embassy dinner parties and Japanese state functions: who came first – the wife of Maisky, the Embassy Counsellor, or the wife of Anikeev, the Trade Representative? As far as I remember, the question was settled in Madam Anikeev’s favor. but the whole Russian colony was split into factions by the antagonism between these two women. They were fairly evenly matched, because although Maiskaya was a member of the Party and Anikeeva was not, Maiskaya had not joined the Bolsheviks until 1924, whereas Anikeev was not only an old Bolshevik but was also of proletarian origin, having once been a factory worker in France. Anikeeva being both a beautiful woman and intelligent, became a sort of First Lady, in spite of Maiskaya’s “old Bolshevik” qualifications. Tryanovsky”s wife, an unassuming lady, played no part in the faction fights of Red society. His first wife had been a Bolshevik when he was a Menshevik, and the story told was that during the civil wars she had condemned her husband to death when he was brought before her as a prisoner. Lenin himself had talked Tryanovsky over into joining the Bolsheviks and saved him from the death sentence imposed by his wife. I cannot vouch for the truth of this story, as whispered to me in Tokyo, but at least it explained Tryanovsky’s choice of a non-political, rather colorless lady as his second wife. It is more pleasant to have a wife not liable to shoot one on account of one’s political beliefs. (Decades later their son became a familiar figure in the West as Khrushchev’s interpreter.) 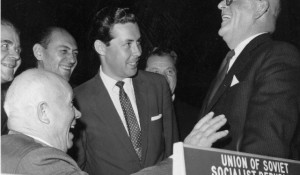 Soviet society cannot intelligibly be described without some account of the human element. Russian women are just as prone to social discrimination, pride in their social status, love of fine clothes and admiration, as women in “bourgeois” society. Soviet society has its hierarchies and its jealousies and never was composed of simple-minded, ardent revolutionaries with red cotton handkerchiefs on their heads, intent on constructing socialism regardless of personal advancement and the material comforts such advancement brings. The poorly dressed men and women who march in the demonstrations of the proletariat, to the admiration of foreign tourists, are most of them longing to change places with the “boyars of the bureaucracy”, the term used to describe the Communist aristocracy by Boris Souvarine in his monumental and unequaled book, Stalin: A Critical Survey of Bolshevism, who watch them from reserved seats in the Red Square. 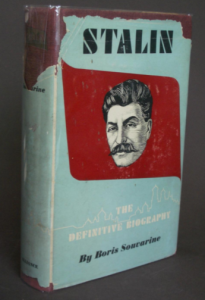