How To Survive The TitanFall BETA

If you are among the lucky few, the privileged, the jealousy inducing gamers that are happily shooting away at Titanfall’s beta, we have a few tips for what to do – or more accurately, what not to do.
Rather than just give you a list of tips and tricks (although we have some of those too), I thought I would lead by example. And by that, I mean use my example as what not to do, because things can get real ugly, real quick until you know what is happening.
This will also be an ongoing article with updates applied regularly. Once we have the full game in our hands for review, we will also revisit this post and overhaul it. We would also love to hear back from you with any questions you’d like us to answer, as well as any tips you yourself have on how to survive and thrive in Electronic Arts and Respawn Entertainment’sTitanfall.

Following the mandatory tutorial, you are thrust into the world of Titanfall like a newborn. A fully armed and dangerous newborn, but still. You have only the most basic tools to work with, and there are certain things you should avoid until you know what’s what.
For example, during my first match I decided to challenge a titan. This was a mistake. I’m sure the driver of the titan found it hilarious to kick my puny mortal frame halfway across the map, but I found it significantly less entertaining. It was an important lesson though: Know your role.
When you first start out, your goal should be to earn experience in order to level up. The generic loadouts are actually fairly respectable at first, but there are game-changing tools waiting to be unlocked. There will be a few people that got an early jump or just have played the game relentlessly since it launched. If you end up in a lobby with someone that is a much higher level (which ideally won’t happen thanks to matchmaking tools working behind the scenes), politely let people know that you left the iron on and your house is burning down or something, and back out. It’s not that you can’t compete, it’s just that there are things you won’t see coming.
I learned this lesson while trying to be a hero. It was a noble death, but a stupid one.
One of the most effective ways to hurt a titan when you are still in pilot form is to “rodeo” it, shooting it in the back control panel while hanging on. Anyone can do this at any level to good effect, but higher level titans can use an electrical defense to fight back. I didn’t know this at the time. It was not my finest moment. Playing the “Last Titan Standing” mode, where everyone starts in a titan and the winning team is the one to destroy the opposing mechs (no respawns), a high-level character with a customized mech will eat your lunch unless you are prepared and know what’s coming.

Feel better about yourself

An easy way to level up is to target the enemy NPC characters, which are delighted to run right past you and then catch your bullets with the back of their heads. It’s a fun little game. There are three available classes: Rifleman, Assassin, and CQB (close-quarters battle). The Assassin class is especially useful against the NPC thanks to the lock on-friendly smart gun and cloak (picking up a more powerful assault weapon to replace your pistol helps, too). Killing NPCs won’t earn you as much as killing a pilot or titan, but with a cloak on you can walk up behind several of them, use the smart pistol to take out several at a time, and speed up the time it takes to get your own titan to … um, fall.
In order to call down a titan, you just need to wait for the countdown clock to hit zero. If you wanted to, you could try one of my early mistakes, and opt for the pacifist lifestyle. Find cover and just wait. Meditate maybe. Think about the choices in your life that brought you here. Alternatively, you can not be an idiot and speed up the clock.
With each positive action – killing an enemy, capturing a domination-like “hardpoint,” getting an assist, etc. – you speed up the clock. If your only goal is to get a titan as quickly as possible, go for the easy NPC kills as much as possible. Even when you get a titan, keep killing them to speed up the clock in order to gain a brief damage boost. 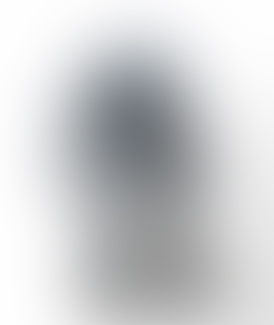 Another good reason to level up as quickly as possible is to unlock challenges. Like many other FPS games – including, maybe even especially Call of Duty – you earn experience by completing challenges. Some of these are things you will do anyway, like play the game for an hour or kill a certain number of NPCs, while others require you to work towards them and may have specific requirements like using a certain weapon.
It’s tempting to get sidetracked focusing on in these, but doing so will typically get you killed. And make you look like an idiot. Keep in mind that this is a beta, and all your hardwork will be erased when the it ends (Respawn confirmed stats and unlocks will not carry over). As you pat yourself for having spent time completing a difficult and obscure challenge, remember that you’ll just have to do it again in the retail version. That said, there are some simple ones that are worth making sure you complete to earn the experience. These will vary based on your playstyle, but spend a few minutes looking over your challenge progress and know where you can easily complete them.
Be sure to use your “burn cards” as well. Once you unlock the burn-card slots, you’ll begin to earn cards that offer a single-use booster. You will earn a lot of these cards as you play, and like everything else you can’t keep them past the beta. In this case, conservation is for suckers.

The burn cards offer a huge variety of boosts, and can be anything from increased damage to starting with a specific weapon to faster movement. Use them often, but use them smartly. If you are on a hardpoint (domination) mission, activate a speed boost if you have it, then run like hell for the middle point. If you have a cloak, use it when you get there and wait for enemies to stumble in, confused as to why the control icon isn’t swinging their way. Then snap their necks for funsies.

No titan is an island

f you play any online shooters, this should have been drilled into you long ago: TEAMWORK IS IMPORTANT. Titanfall is no different, especially when it comes to taking on titans. When you are playing a game mode like Attrition (Titanfall’s team deathmatch), there is a certain amount of lone wolf leeway. You can try to make your way through the map and pick off other stragglers, but the titans may end up casually smack you like an AT-AT casually shooting a snowspeeder on Hoth. And if you don’t get that reference, we can’t be friends.
You can still do alright by lone wolfing it on most modes, but anytime it comes to taking down a titan, you’ll need help.
Taking out a titan is tough. You can’t just shoot it in the head and strut away like Billy Badass. It takes a sustained attack to take one down. If you take on a titan one on one, even if you are in a titan yourself, expect a lengthy fight. If you double-team a titan in a pair of the mechs though, you’ll win quickly almost every time.
Once you have a titan, you can jump out and let the AI take over. Think of it like the AI-controlled guard dogs in Call of Duty: Ghosts, just way, way cooler. And with missiles. You can set it to either guard you or follow you, and you can do some cool things with it. Here’s a fun thing that totally didn’t happen to me several times as people pointed and laughed: Set your mech to defend a hardpoint or well-traveled area, then hide in an elevated position. When an enemy titan comes by, wait for your AI mech to engage, throw some grenades, then jump on the back of the enemy titan. Together you and your titan can take out an enemy mech – albeit with difficulty.

The pilot’s greatest assets is arguably maneuverability. As a pilot you can move quickly, run on walls, double jump, and more. Just know your limitations. More than once I tried to run up a wall, forgetting that you can only run on the sides of walls, and not up them. What? I got confused, OK? If I were on the other team, I would have just sat there and watched me be an idiot before shooting me.
Still, if you know the area you can use alternating walls, low-hanging ledges, and more to quickly get from one side of the map to another. Be warned though: The NPCs are dumb and frequently prefer to take the World War 1 “Let’s charge the guns and see what happens!” mentality to combat, so you will stand out and may attract the attention of enemies.
If you can make it all the way to the back of the map unobserved (using cloak helps but isn’t necessary), you can frequently walk right up behind opponents and introduce them to the weapon select screen as they wait to respawn.
Read more: http://www.digitaltrends.com/gaming/survive-titanfall-beta-dont/#ixzz2tUqPRIN8