Condé Shuts Down Phone Networks to Prevent Election Scrutiny.
Basic rights of Guineans are being systemically removed to prevent true election results being monitored and reported accurately.
President Alpha Condé has taken his restrictions on the rights of ordinary Guineans to the next level – as the Government has announced it will arbitrarily close down all SMS services on election day and the day after.
This outrageous and repressive State action has been announced without providing a justification. Perhaps this is because the political powers realize that there can be no justification for shutting down essential communication systems.
NGOs, election monitors, opposition groups, and ordinary Guineans will all be prevented from SMS communication, which will impact their ability to regularly monitor the election in real-time. The only beneficiaries from such a crackdown are those looking to corrupt or rig the election process.
The repressive and illiberal SMS ban will have wider implications too…healthcare services and local businesses will also be badly impacted. Condé’s SMS shutdown will have a toll in numbers: lost revenue and commerce, and lives lost due to poor communication with, or between, healthcare services.
But the most important impact cannot be measured in mere numbers: it is another blow that Alpha Condé is striking at the heart of Guinea’s democracy. Freedom is lost one increment at a time: in Condé’s Guinea this is just the latest example. 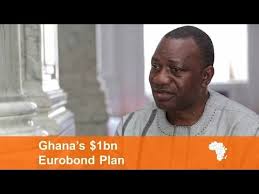 Very sad that Ghana’s $1.5bn Eurobond road show suffered a hitch as investors demanded a higher interest rate of around 11% instead of the reported 9.5% government was offering. This was expected though as Ghana’s economy has been greatly troubled with inefficient management of previous resources.
It would seem borrowing to retire old debts, as was the main reason for the road show sounds sensible, but we should have been asking what the quality of those old debts were. What productive use were the debts put to? The lesson to take away from this is that we can ignore our local think tanks when they advice prudent management, even plead with donors to reluctantly release funds they had earlier vowed not to release unless the payroll was fixed, but the MARKETS DO NOT FORGIVE AT ALL.

Meanwhile, aren’t we overly fixated on the Judges corruption scandal? It seems to me as we rightly express indignation, we may be taking the focus away from political corruption, the biggest animal of them all!

My final thoughts on a debate on regulating legal education started by my brother counsel, Kwame Akuffo. 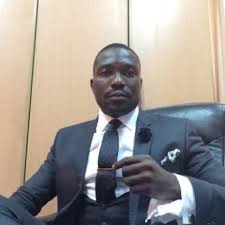 Remember what happened when the world in America zealously regulated alcohol? Entered a mafioso and an underground alcohol economy was created with far dangerous health and a killing-mob effect.
I am not saying we should not regulate the practice of law, lest we have vagabonds who will swindle clients and end up as judges caught on camera collecting tubers of yam and sheep, far from it, but we should not create an entitlement mentality for a skill that is not rare and must not be rare and create barriers to entry. We need more lawyers. After all isn’t it sickening to think that one time in Ghana, legal education in the country’s most prestigious University was moved from first degree to a post graduate degree when the matter it seemed to me was one of space for admitting more students?
You would have thought that young fertile minds trained in law are better prospects than working adults who want to learn law part time….. Who does that in a civilised country? But then I am not suprised…this is country where by the stroke of an election we can change our SHS syytem of education from 3 to 4 years and later to three….
This is what I talk about when a country begins to decay.