After a Twitter silence of three months, David Lynch has returned to announce that he will not, after all, be taking the helm on Showtime’s upcoming Twin Peaks revival. Here are the relevant tweets, if you haven’t already been infuriated today.

That’s good! Opens strong, nowhere to go but up.

After 1 year and 4 months of negotiations, I left because not enough money was offered to do the script the way I felt it needed to be done.
— David Lynch (@DAVID_LYNCH) April 5, 2015

This weekend I started to call actors to let them know I would not be directing. Twin Peaks may still be very much alive at Showtime.
— David Lynch (@DAVID_LYNCH) April 5, 2015

This is a nightmare, my head is exploding, what is happening. Without Lynch, the project loses much of its legitimacy, forgetting for the moment whether or not Showtime will even continue with the revival.
Lynch only directed six episodes of the original TV series, but those six include some of the most powerful and enchanting episodes in the entire run of episodes. His pilot whisks the audience away on a trip into a magical parallel world, a place simultaneously more terrifying and beautiful than our own. The 14th episode is a showcase for Lynch’s gift with horror, finally revealing the face of Laura Palmer’s murderer in a raw bit of brutality that has shocked everyone I’ve shown it to. And, of course, Lynch directed “Beyond Good and Evil” (episode 29), which has served until now as the series finale. 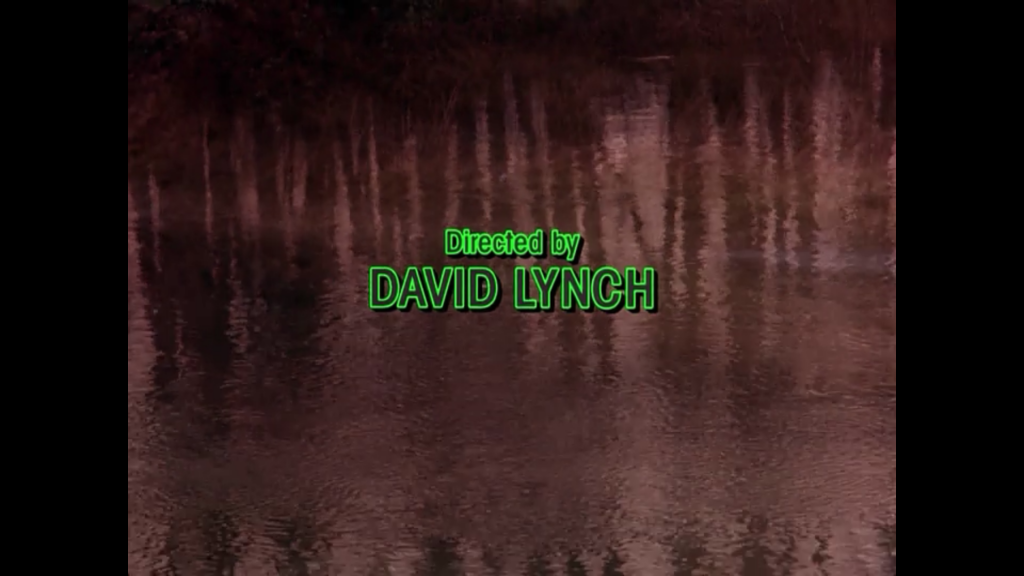 The man with the plan.

The finale, an extended ep, culminates in a beautifully shot trip into the mysterious Black Lodge, and a perfect example of how essential Lynch’s vision is to the series. Lynch was absent for portions of the second season, working hard to save the project from cancellation, and the show suffered as a result. The show caved to pressure and revealed Laura’s killer earlier than originally planned, killing the mystery that defined the series. Bizarre story lines cropped up all over the place: Deputy Andy and Dick became big brother’s to a cursed orphan.  Mad man Windom Earle has a chess obsession that doesn’t really go anywhere. Perpetual dead weight James leaves Twin Peaks, and for some reason we follow him.
Note: Seriously, why did we follow James anywhere? The first time the series leaves Twin Peaks is to give the most reviled/wooden character a solo plot? In retrospect, perhaps the biggest misstep of the series. 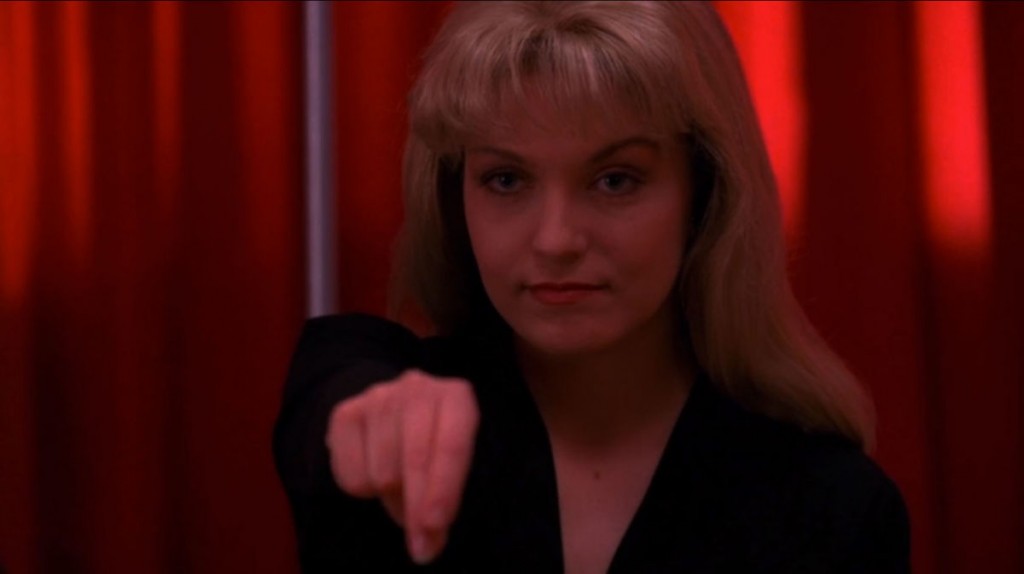 I’ll See You Again in 25 Years

This all means diminishing returns for a shrinking audience, with Lynch’s absence from the show preventing him from saving it. Cue Lynch returning to sew up the series as best he’s able, and creating my personal favourite episode of the entire run. The original finale script closes up some of the hints laid out in misspent plot time (Windom’s chess obsession would’ve influenced the lay out of the Black Lodge, for example), but Lynch ultimately created a much darker place that put characters in more genuine peril.
The problem is the series ends on that peril: Dale Cooper, unexpectedly overcome with terror in the black lodge, is possibly trapped there. A doppelgänger appears to have taken Coop’s place in the waking world, corrupting him in the same manner as Laura’s killer. The prophecy whispered in Coop’s ear, “I’ll see you again in 25 years”, takes on a dark new meaning. Thus, the series ends in heartbreak. Fire Walk With Me brought more questions than answers, but recast Twin Peaks as an even darker town than we’d imagined. Cue people waiting 25 years for a hint of what really happened to Dale Cooper, and whether or not everything turned out okay. 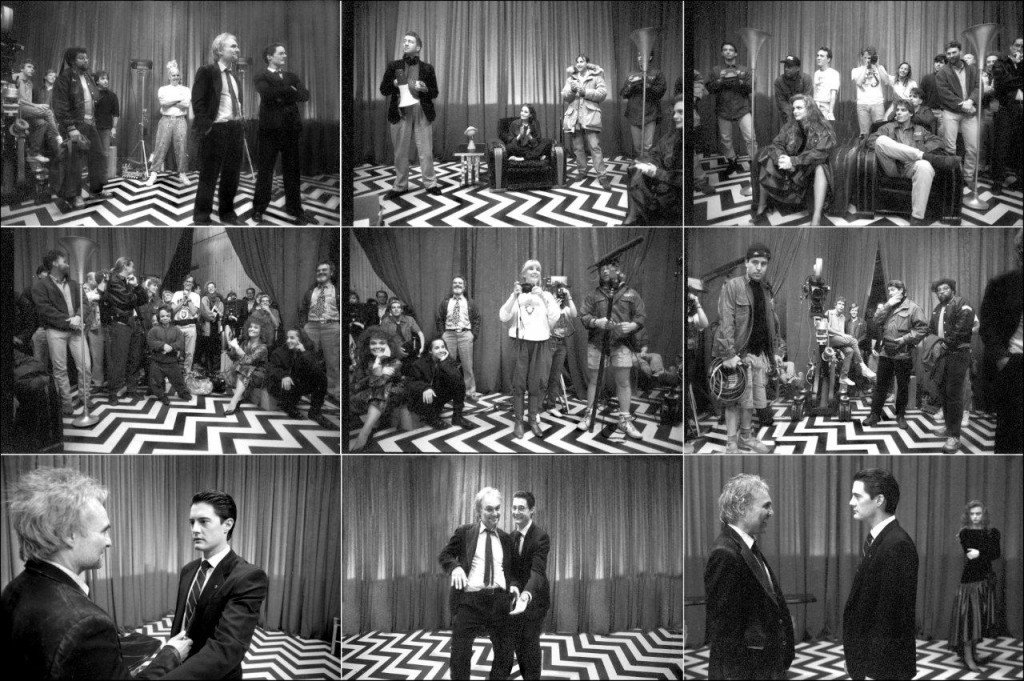 Behind the scenes in the Black Lodge.

It’s not Lynch’s style to answer questions directly, being an artist who prefers to leave interpretation of a piece in the mind of the audience. Asking for answers from the man would be pointless, and antithetical to his work. And as we’ve learned from the second season, answering too many questions kills the otherworldly magic of a world like this. But every fan in the world has got their hopes up since October, on top of that original twenty-five years, and it’s heartbreaking to see a stumble like this so close to the finish line.
Co-creator Mark Frost, of course brilliant TV mind in his own right, is still attached of course. On top of that, the new nine scripts have already been written with Lynch’s full involvement, so there’s still hope. But it’s doubtful the show will ever live up to the full potential fans have imagined for it without Lynch. 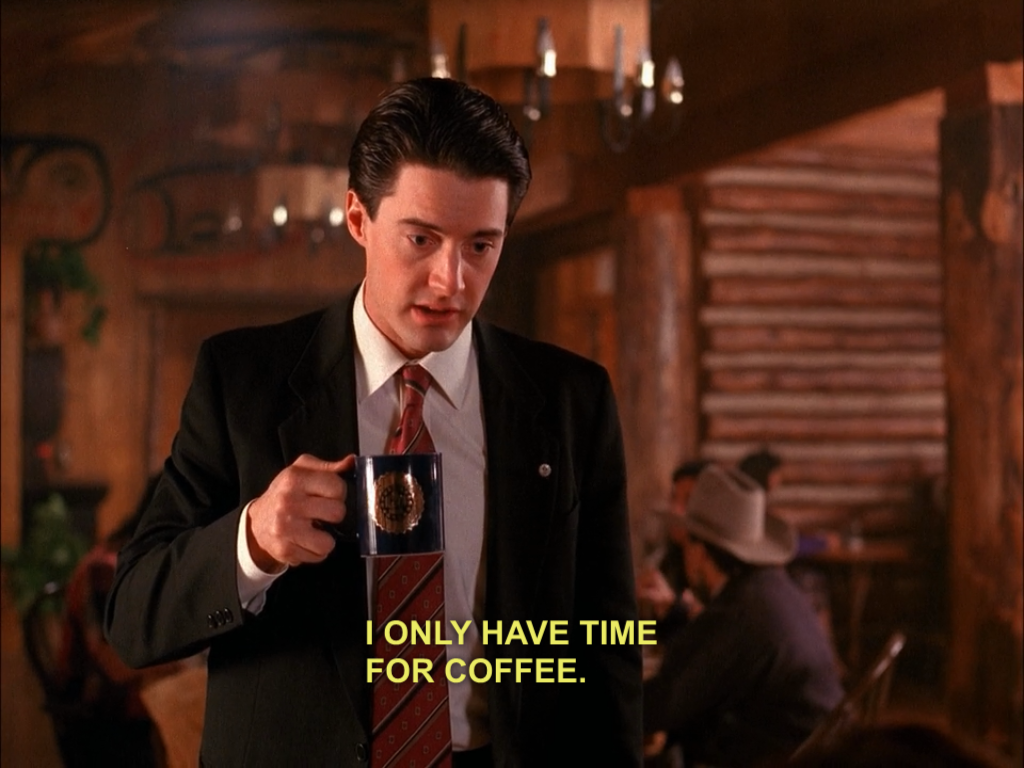 Twin Peaks is still clearly defined as Lynch’s worked, visually and thematically, by its Lynchian motifs: Long crawling shots that fill the most mundane things with dread and suspense. Lush textures and colours layered in every piece of design work. Impossibly beautiful, sensitive and cultured people living in a world beyond understanding. The droning sounds and static undercurrents in scenes… the list goes on and on. The show without Lynch will be a pale imitation, possibly with more answers than we need.
I admire Lynch’s artistic conviction to doing the series properly, with proper funding, but his departure could damn the series before it even gets going. And I can understand how Showtime might have discover some disagreements over the costs of things when dealing with a man whose pet project charges thousands of dollars for meditation lessons. For the sake of the show, I hope it’s not too late to reach a comfortable middle ground.
Lynch never misses a stride though, and the Lynch Foundation’s Howl tribute night will still be occurring as announced. Nick Cave, Courtney Love, and Macy Gray are scheduled to perform. The Lynch Foundation is dedicated to the practice and sale of transcendental meditation.

Details of production are still largely secret, so and I’d like to think there’s still hope that this can be worked out. Some of us have waited years for a real ending to this show, but fans have already seen how effectively half-measures capture this world. If Showtime has any cards up their sleeves, now is the time to play them.

I love the world of Twin Peaks and wish things could have worked out differently.
— David Lynch (@DAVID_LYNCH) April 5, 2015