Mother Earth Wants Your Children   By Bruce Edward Walker
As eco-warriors glom onto Pope Francis’ Laudato Si encyclical for its dire warnings of climate change, they often ignore this inconvenient line: “Instead of resolving the problems of the poor and thinking of how the world can be different, some can only propose a reduction in the birth rate.” Quoting the Pontifical Council for Justice and Peace in the Compendium of the Social Doctrine of the Church, Francis writes:
At times, developing countries face forms of international pressure which make economic assistance contingent on certain policies of “reproductive health.” Yet, “while it is true that an unequal distribution of the population and of available resources creates obstacles to development and a sustainable use of the environment, it must nonetheless be recognized that demographic growth is fully compatible with an integral and shared development.” [50]
The pope continues to explain that it’s not the population that matters inasmuch as consumerism and waste that’s the problem. But, but let’s be clear about this, the pontiff doesn’t advocate for zero population growth or anything remotely resembling it however much the climate-change crowd ignores this fact
This came to mind after reading James Schall’s recent essay, “The Divinization of the Earth: A Religion Without a God,” in Catholic World Report. Consistently brilliant, Schall connects the line between environmental extremists and the abhorrent activities of Planned Parenthood as captured on a recent series of videos. Schall’s summation of the Gaia worship argument, paraphrased, goes something like this: Humans are an invasive species upon the Earth, performing irreparable harm by their very existence, and reducing humanity’s numbers to less than 1 billion by any means necessary is a net good. 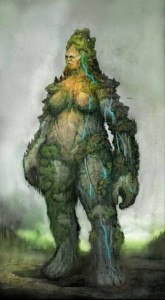 Here’s Schall in his own words:

What I want to look at here is the intellectual connection that exists between 1) the recurrent proposals of people like Johann Schellnhuber to reduce the present planetary population, in the name of ecology, to fewer than one billion, and 2) the anti-life means and assumptions that justify this reduction. In one sense, the “logic” is very clear. Resources are rapidly running out. They disappear because of existing human beings. Therefore, we must drastically reduce the number of consumers to fit a resource base that will last a long time—again, how long, no one knows. The saving of the earth justifies eliminating and controlling people. The counter-assumption that resources are plentiful and that man can figure out how to use them for his good and prosperity is rejected. It is rejected not on the basis of facts, at least proven ones, but on the basis of what can only be called a religious or ideological fervor that has elevated the earth itself to the center of reality.

What this thinking means is that something greater than individual human life and its transcendent end exists. This greater “being” is, evidently, not a “god” who has implanted a natural order in things, including human things. Rather it is the ongoing cycles of the lives of the collectivity (less than one billion) chosen to continue in existence. To this remnant’s “survival” all other human life is subordinate. The “means” to achieve this end, whatever they prove to entail, are justified by the seriousness of crises like earth-warming and other impending dooms. The “ethic” of planetary preservation trumps any human ethic of virtue or human purpose. What we see here is a quasi-mystical “religion” without a “god”. What substitutes for “god” are the some billion human beings designated for survival by the theory and politics of limited earth capacity and over-usage by “too many” actual human beings.

Worship of the Earth, however, disregards Judeo-Christian tenets that God created the Earth, exists apart from it, and will exist after the Earth ceases to support life. Schall references his article’s epigraph from Remi Brague’s Modern Age essay “Are There as Many Gods as Religions?” in which the French philosopher and historian writes: “In paganism, the Divine is that to which sacrifices must be offered. This is almost a definition. In this recent movement, Man is something that should be sacrificed on behalf of the Earth. The divinization of the Earth is an extremely consequential move, since it is supposed to be higher than Man.” Herewith Schall:

The God of the Jews and Christians creates a world of which He is not a part. The world is not God. God is the same God even if the world does not exist. Creation is not a god, neither is the Sun, Earth, or entire Cosmos. Human beings, individually or collectively, are not and cannot be “gods”. If “god” is considered to be, not a “being” with its own autonomy, but “what I consider important”, we can conceive of “religions” that have no “gods”. All through the modern era, since the French Revolution, people, nation, state, humanity, race, class, even sex or gender, can be considered as candidates to substitute for “god”. The latest candidate to replace “god” is the “earth” itself. This “goddess” is not new, of course. A “Mother Earth” is understood as that which takes care of everything; she hovers over life and death, future and past.

As Brague pointed out, to make the ongoing earth itself the central object of our concern and ethics is “extremely consequential”. Why? If the earth is “god”, why would it ever let man appear on it to foul it up? If we reverse the central axiom of our relation to the earth, namely, that the “Earth is for man” to read “Man is for Earth”, the whole of our modern justification for absolute control of man, long sought by all idealistic tyrants, unfolds logically. If we uncritically accept the thesis that world population should be reduced to less than one billion human beings, otherwise there will be disaster, we can see that the notions of human worth and the inviolability of the person must yield to a pressing “necessity”. And, in the minds of the advocates of this proposition, they do yield. Man is subordinate to earth, at least to its necessities as environmentalists envision them.

Once the above paradigm is accepted, all Hell breaks loose:

If, by hypothesis, we have too many people (and there is no proof that we do), we need to reduce our birth rate and population numbers. We need to institute widespread and inexpensive euthanasia, the principles of which are already in place in many countries and states, to rid ourselves of useless poor or people who are not otherwise perfect, We need to dismantle those technologies and structures (dams, ports, roads, machines) that were designed to support larger populations. We need to “plan” for the elimination of excessive human numbers. This rationale is why things such as contraception, sterilization, and gay-marriages, intrinsically sterile as they all are, have their appeal—“sex” without consequences. But sex without consequences leads to reproduction outside the womb, to the laboratories.

Indeed, it would be well to take the whole issue of children out of the personal context of mothers, fathers, and families. We should put it in the hands of “science” and the state, in baby farms, where it can be treated “rationally”. In this way, the numbers and types of children could be more easily regulated by the state. With in vitro and other extra womb technologies, this looks to be feasible. The poor, as Justice Ginsburg advocates, should be eliminated not by making them rich but by cutting their reproduction capacities and support for “unwanted” children. Abortion is not merely a “back-up contraception”, but a necessary operation to rid ourselves of every “unwanted” or ‘unlicensed” child. China and India have already pioneered this approach.

The direct connection between theories of earth primacy and brutal control of human beings through abortion, sterilization, and euthanasia simply cannot be avoided. If, as Brague says, that “religion” without “god” indicates that to which sacrifices should be demanded, the reduction of world population becomes a “bloody sacrifice” in the name of the earth and its preservation. Its enemy is man and his well-being as he can discover it for himself. Since 1980, the world has seen 1.3 billion abortions. We now see that aborted fetuses are used for commercial purposes.

How are we to look on this? These barbaric operations are now viewed as “necessary bloody sacrifices” to the “goddess” earth for its well-being. The notion that individual human persons of our kind have a transcendent dignity no longer holds. It is, indeed, the cause of our ecological problems. We have, as Brague says, something greater than man. It is not “God” or even a “god”. It is the earth itself seen to be our only end as it floats around the sun, with around a billion inhabitants, for no other purpose than to keep itself going on and on with limited “available resources”.

Schall warns us that delegitimizing of human life in the service of divinizing the Earth is a deeply inhuman act.May we learn to take his warning seriously.
Environmental Stewardship in the Judeo-Christian Tradition
In Acton’s Book Shop: Environmental Stewardship in the Judeo-Christian Tradition
A fair and honest debate about religious responses to environmental issues should always distinguish theological principles from prudential judgments.
This Article republished courtesy of The Acton Institute