WOLF HANDS, the seasonal comic book out of Alberta, returns for it’s third season this year. Produced in 13 episode seasons/volumes at one season a week, the series was pitched to the Telus Storyhive program by Calgary production company Two Crater Moon. Sadly, and somewhat maddeningly, Wolf Hands wasn’t picked up, but the production remains in the works. They continue as the under-sung heroes of Calgary’s booming independent comic book scene.

In the meantime, the new season of the bizarrely funny series is in the works, and we sat down with creators Nick Johnson and Justin Heggs to get an inside look at their creative process and the lore behind Vaughn Miller’s quest for survival.

“Scratched by a dying werewolf, Vaughn Miller is slightly infected with lycanthropy in his hands… Wolf-Hands. Accompanied by his girlfriend Jenny Rose, Vaughn must fend off mad scientists who want to experiment on him, full werewolves who want to test his mettle, and hunters who want to kill another trophy. If he can survive this…No, he probably won’t survive this.”

CAOTICA: Wolf Hands, the video game. You’re player 1. Player 2 is Justin. What is player 2 contributing to this team-up.
NICK JOHNSON: Well, first off, I sorta consider Justin to be Player 1 cuz it’s his maniac brain that came up with all this lunacy. Then I jump in as Player 2 to design characters based on his hilarious and unsettling descriptions, adding a few extra details for the back story of each one.
Once the characters are approved, I chop up Justin’s script and lay it all out visually. I then draw, colour and letter it and BAM! Juicy.
C: How did you guys meet, anyway?
NJ: I believe Justin picked up a copy of my self-published series The Art of Dodging Shadows at a comic show about a decade ago, which put me on his radar. Many years later he got in touch with me via email to see if I was still doing comics, and if so, if I was up for collaborating.

C: What is “The Art of Dodging Shadows”, and is it available?
NJ: ADS was my first complete comic story, a 4 issue series that I self-published as mini comics back in 2003. I’m actually going through all the pages right now with an intention to re-release it next year as a trade.

A neat little sequence of events and perspectives.

C: Tell us a little bit about yourself, about what got you interested in art in the first place. You were an ACAD student, what was focus?
NJ: I did indeed go to ACAD, graduated in 2013 with a Bachelor of Design, majored in illustration. I loved my time there and learned a heck of a lot.
I’m not sure what really got me interested in the first place, but as a kid I watched a lot of movies and TV and always wanted to create my own work and tell my own stories. Lots of them were complete rip-offs of whatever I was watching, I think, but you gotta start somewhere!
C: I like to think ripping off is just advanced deconstruction. Which childhood rip-offs stand out to you?
NJ: I read so many Marvel comics in my younger days so most of my comic work was pulled from the pages of superhero melodrama, Spiderman being my favourite at the time. I was also a huge Michael Crichton fan, so I wrote a lot of short inspired by his work. And the aforementioned Art of Dodging Shadows owes a lot to the Cusack film Grosse Pointe Blank. Oh, and Punk O Rama, volumes 1 through 6!
C: When did you begin drawing comics?
NJ: I’ve been drawing since I was a kid but I really poured myself into comics in Junior High, around 1995, working on my own superhero series, and selling photocopies of it to my friends. I’ve been doing essentially that same thing ever since, but with better art and stories, and better printing.

C: Could you describe your production schedule for the comic?
NJ: Basically any time my schedule opens up for a few months, Justin will get an email out of the blue saying he’ll be getting thumbnails soon, and what the new debut date is and when my deadline is to have it all ready for printing. I think it takes about 4 months for me to put a season together from start to finish. 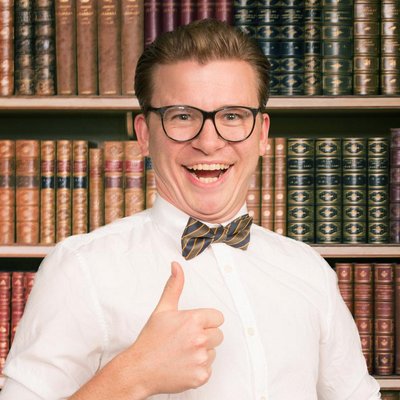 C: Wolf Hands uses a rather vivid palette. Very bright, very unique. What was your design inspiration?
NJ: My eyeballs just love bright, super saturated colours, and with a comic like Wolf Hands I can really have fun with the palette, especially during the action scenes.

C: Your covers so far feature Vaughn free floating – more like falling – into swirling patterns. Why this imagery?
NJ: I enjoy covers that take a more graphic, conceptual approach to the material. I find it more eye catching and they allow me to stretch a different set of artistic muscles. The first issue was specifically inspired by the work of Paul Bass.

C: Where does Wolf Hands take place, by the way? Is it an ambiguous setting, or are you inspired by real world locations?
NJ: Whoa, I never really thought about that. I’m not sure Justin ever mentioned where it took place, the cool thing about that being that we can imagine it’s all taking place at the diner around the corner.

C: On that note, who is your favourite character to draw?
NJ: I really enjoyed drawing Hudson this season; drawing heavy set bald fellows is always fun. But I’d say Vaughn is my all around fave because his expressions are so fun to play with. From absolute terror to anxious, nauseating worry and disgust. Have I ever drawn him smiling…?

C: There’s a lot of werewolf in the market right now. Bitten, Wolf Cop, Hemlock Grove, Teen Wolf, and so on. Is this helping your comic?
NJ: It definitely doesn’t hurt. I’d be worried if I thought Wolf Hands would disappear in the wave of Werewolf mania but I think the characters and story stand apart quite well, adding their own special flavor to the public werewolf subconscious.

C: Where else can we see your artwork? Both online and IRL, of course.
NJ: My online portfolio can be found at nickj.ca and my art blog is at nicksoup.com.

C: This is primarily a blog for creatives, so do you ever do commission work? Poster design, cover art, album art, anything like that?
NJ: I certainly do! Anyone interested in work can get a hold of me at mail@nickj.ca and if my schedule is open to it, we can definitely work something out.

C: Following that, do you have any other projects on the go at the moment?

NJ: I’m currently organizing and contributing to a comic anthology of local cartoonists all based around a specific fairytale theme with a twist. I’m very excited about the range of talent and stories involved and we’re hoping to release in Spring of 2016. I’ll be releasing more details as we near completion of the book.
C: Without spoiling anything, what can you tell me about Vaughn’s curse?
NJ: If he can keep his cool, I think he can beat this thing. But with all of the craziness Justin has cooked up for him, it’s going to be one hell of a challenge for him.