Both politically and personally my half-year in China as a war correspondent in 1938 was the Indian Summer of my life. In spite of my experience in Russia, I still harbored sufficient liberal illusions to find myself at one with the American correspondents who now became my friends and companions. Moreover, either because at the age of forty I was in the prime of my life, or because the aura of Arcadi’s love still cast its radiance upon me, I found myself to my surprise more attractive than in my youth. The ache in my heart for Arcadi remained, but its haunting pain was for a while anesthetized by my absorption in China’s struggle for survival, and also, I confess, by the balm of being made much of as a woman. 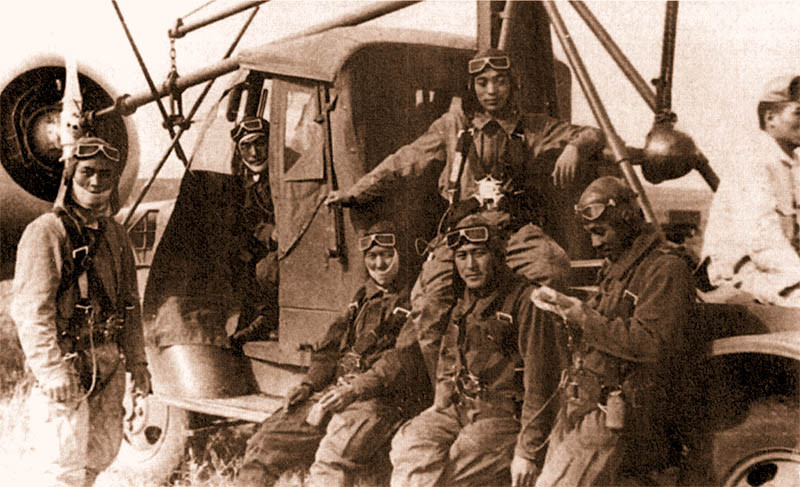 The paucity of Western women in the war zone, no doubt, contributed to my popularity. The wives of European diplomats had stayed on in China’s beleaguered wartime capital – for as my friend, Madame Georges Picot, wife of the French Ambassador said to me: “Who otherwise would see to it that my husband is properly fed and looked after?” But the families of the American and British Embassy and Consular staffs, as those of the correspondents, had been sent home or evacuated to safe places. This would appear to be customary among the English-speaking peoples when danger threatens. Not, one might surmise solely on account of their chivalrous concern for their womenfolk, but because in societies where women rule the social roost, men enjoy the freedom of their temporary absence. As a young Englishman remarked to me later, on the boat from Shanghai to the United States: “Wasn’t Hankow a jolly place last summer with all the Mem-Sahibs away?”
Some missionaries had stayed on, but my American counterpart, Agnes Smedley, correspondent of the Manchester Guardian, and I were the only unattached British or American women around, and we were the best of friends.
I suppose it was because I was devoted to Arcadi and had not lost hope that one day, somehow or other, we should be reunited, that love as well as affection and friendship was proffered me in abundant measure. Since I felt myself not to be a widow, but a wife, no one risked anything by courting me, either because there was no one else to assuage their loneliness, or because shared dangers, sympathies, hopes and fears draw human beings together in an affectionate comradeship which verges on love for a moment in time.
In view of the suffering all around me, it may sound callous to record that I had a wonderful time. But everyone who has experienced the heightened awareness of the joy of living war can bring, as also the opportunity it affords of temporary escape from petty cares or the sorrows and perplexities of normal life, will understand why I look back on my experience as a war correspondent in China three decades ago with nostalgia.
All my life I shall remember the last days of Hankow. The blue skies by day, the camaraderie of the tres gente compagnie of foreign correspondents, the long talks at evening in the garden of the Navy “Y” where we foregathered to dine and “tire the sun with talking.” The free and friendly atmosphere when it was still possible to believe that good and evil can easily be distinguished, and I still belonged to the company of my Western liberal contemporaries. Partly because I had not as yet fully digested my political experience as a subject of the “first Socialist State.” Also I think because liberal minded men of good will in the Western world had not as yet been steered off course, by the war propaganda which, following Pearl Harbor, represented only the Axis powers as evil.
Most of the “Hankow Last Ditchers,” as I named the small band of Western correspondents, military observers, and foreign service officers who stayed on in China’s beleaguered wartime capital until it finally fell to Japan, were Americans. It was now that I first became acquainted with Americans, if I exclude the Communist Party hacks I had known in Moscow, and found I had more affinity with them than with my British compatriots.
The British generally favored Japan, or were not averse to letting her teach the “uppity” Chinese Nationalists a lesson which they foolishly imagined would redound to their advantage by leading to the reestablishment of special rights, privileges and concessions for all the imperialist powers. For this reason, or because Britain was already too exclusively concerned with the Nazi menace, I was one of the very few British correspondents in China. Even the London Times had no one in the war zone. Excluding Reuter’s ubiquitous news agency and occasional visiting correspondents there were only two representatives of the British press in the war zone both of whom were Americans of left wing sympathies; Agnes Smedley and Edgar Snow, correspondent of the British Labor Party’s Daily Herald. 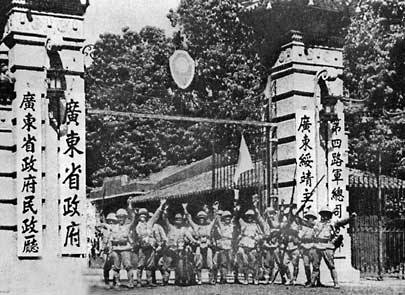 The Hankow Last Ditchers included some correspondents from Europe: Walter Bosshard the Swiss photographer for Black Star, Luigi Barzine whose son’s book “The Italians”* was a best seller in 1964; and Lily Abels of the Neue Zuricher Zeitung, a well-known author, who a decade later interviewed me in Zurich while I was gathering material for my book on Germany, The High Cost of Vengeance.
The United Press office in the Lutheran Mission, presided over by the amiable and hard-working “Mac” Fisher was our club. He was the best-tempered and most unruffled man I every knew, for he never had any privacy. Anyone in Hankow who wanted to know anything walked in, and in the adjoining room there slept not only Fisher himself, George Hogg, an Englishman working with the UP, and their staff Chinese correspondent, George Wang, but also anyone else homeless at the moment. During the Munich crisis we all congregated there in the evening for the latest reports, or tried desperately to force Durdin’s wireless next door to produce more than indistinguishable sounds.
Mac Fisher was a “Bamboo American” who had lived for years in China and spoke the language fluently. I lost sight of him a decade or more ago, altho I spent a night with him and his wife in Washington in 1945 prior to taking off again for China. But I have found a letter he wrote me when he was unemployed prior to succumbing to temptation or necessity and taking a job in the United States Information Agency where he sank without trace.
Maybe the correspondents of the world press this second year of China’s unaided resistance to Japanese aggression were an exceptional group.

Most of them had spent many years in China, years during which, instead of acquiring the narrow prejudices and arrogance of the “Old China Hand,’ they had learnt to love and understand the Chinese, whilst yet preserving no romantic illusions about them. China exerts an influence over all who try to understand her, and their good-natured tolerance if not the cynicism tinged with pity with which they surveyed the world, had perhaps been acquired from Chinese philosophy.
Atheneum, New York, 1964.
They had seen the war from the beginning and had been in danger many times, but they rarely spoke of their personal experiences. The sufferings and the constant danger to which the Chinese were exposed loomed too large for any of the foreign correspondents to feel that the moments in which they themselves had been close to death were anything to ‘crash into headlines about,’ unless one’s ego had obscured all sense of proportion.
The visiting special correspondents, who thought they could go home and tell the world all about China after a few interviews with prominent Chinese in Hankow, aroused their amiable scorn. Most of them would probably have subscribed to the views of Far Eastern experts expressed by Randall Gould, the editor of the Shanghai Evening Post, who has spent the best part of his life in China:
“Show me a Far East Expert and I will show you a Far East fool or liar or both. Most of the journalistic congregation display enough sense of the realities to sing very small when expertizing is on order for some variety of ‘thinkpiece,’ otherwise ‘situationer,’ which compels a hapless correspondent to sweat out a learned discourse. It keeps him trembling for weeks afterwards, fearful that his colleagues will stumble on it and laugh themselves into fits. . . .”
In such an atmosphere as this, one soon lost any illusions one may have h ad that one could, after a few months in China, write a book which would really analyze, elucidate, and explain China to the world, or give an accurate picture of the future of the war or the future of China. One knew, at least how little one knew and how tentatively one must pronounce judgement.
Received at first with misgivings because I was a women, expected by the seasoned American correspondents to be a nuisance in war time, and handicapped by the VIP treatment I was given as the author of Japan’s Feet of Clay, I came to be fully accepted after I had slashed out in an interview published in the Chinese press, against the neglect of the wounded soldiers.
Even Jack Belden, the most woman-despising of all the newspapermen in China, after accompanying me part of the way on my first visit to the front, went so far as to admit that female correspondents might have their uses.
Getting to the front from Hankow was no simple matter. There were no direct roads and little transport except “Shank’s Mare.” It was so hot that one perspired even while sitting still, and the prospect of walking for many miles through unknown country in which it was doubtful whether one could find any food except what one carried, was discouraging. The Chinese Central Publicity Board, so obliging in other respects, never seemed able to arrange either transport or interpreters for foreign correspondents wanting to visit the front. Chinese officials, themselves averse to roughing it, thought that Westerners, accustomed to luxury, required comfortable transport and accommodations which could not be provided. And the government interpreters assigned to the foreign press had no desire to emulate such energetic and courageous Chinese newspapermen of the Central News Agency as Jimmy Wei and Edie Tseng whom I first met at the front and who are still my friends today.*
More information about Freda Utley, her life and works can be found at fredautley.com.
We publish excerpts here with the kind permission of her son, Mr. John Utley.