World War I has become the forgotten war.  The New Brunswick businessman Vincent Goodwin recalled its horrors, excitement and the price so many paid. He looked back upon that frosty, grey November 11th, 1918, morning when he was in Valenciennes, France–the morning the guns fell silent on the Western Front.
Vincent Goodwin describes how he as a youth had been caught up in the war’s ghastly reality.
“Why did you join up–why volunteer?” he was asked.   “I joined up because I wanted to fight,”came the crisp reply.
“What was the sense of it all-this awful, bloody War?”  a succinct response:m “Canada had no choice; if Germany had won and defeated England and France–Canada itself would have been threatened, Canadians possessed a common tradition of strength after the conflict–a remembrance of victory against what at times seemed like overwhelming odds.”
The Great War gave a sense of self-confidence to his generation, and assurance to coming generations. 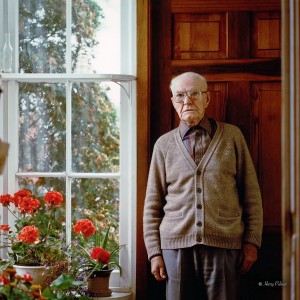 Mr. Goodwin published a memoir of his time overseas, and excerpts can be found here – Memoirs From World War I
The excerpt above is a much edited snippet of a much longer appreciation authored by Dave Beatty, of
Baie Verte, New Brunswick. That complete document can be found here.