Portland – Where Everyone Cares, About Everything, Everyday!

This is the city with a first-in-the-world vegan strip club, Casa Diablo, the Infamous Vegan House of Sin!  Of course Portland has more strip clubs per capita than any city in America, so competition is fierce, but the beauty is that the market has made everyone happy. Who knew there was a need for a Vegan stripper heaven, or hell in this case? ….The free market knew! 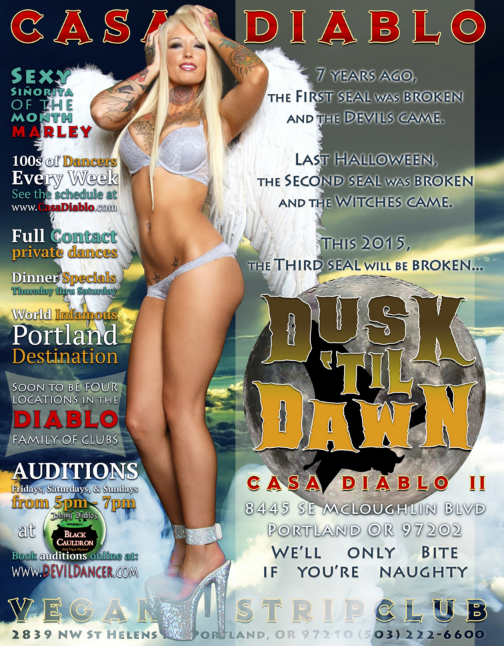 What that means: Dancers don’t wear real leather or fur (jokes are rolling…). Dancers are not hired because of what they eat — or don’t. Oh, and vegan burgers and such on the menu.

And to make it more interesting this morning in my in box there was a note from Women for LIberty, announcing a new web site, but in their blog was an articulate defense of the ‘Mens Club” entertainer from a feminist libertarian point of view, The Strip Club Conundrum, written by Katrina Haffner. Ms. Haffner notes that “In the United States, most strip clubs hire dancers as independent contractors, who decide their own work schedules (and often other terms of their employment as well).” So naturally, this club is  draw for the Vegan dancer. And as the owner says, every meat eater that comes in and enjoys one of their Vegan burgers, is an animal life saved, perhaps. 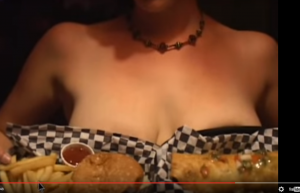 That flexible lifestyle and good eating habits  makes for a pretty good job! “Not only does it allow the dancers to make a lot of money (risk has both up and downsides), it grants the workers scheduling flexibility, giving them time to work another occupation, attend school, or care for their family. I have known quite a few dancers who worked at the strip club to cover their immediate needs, but also had a professional job where they could rise up in the ranks. For dancers who have children, being able to decide when they work allows them to not only have the money to care for them, but the time to pay them proper attention too. Since 33% of strippers are putting themselves through college, it’s also a profession that can easily go alongside getting a proper education.” Katrina Haffner
So it seems to me that when you enter Casa Diablo, you are virtuous on two fronts, save an animal life (PETA), see a girl through college, no wonder these guys are making money. “Honey, I’m just going down to the Casa to do my bit!”

Video first published on Mar 15, 2013
on michaellanfield.com
Should you be in the area and want to help a worthy cause, here’s a map: