Stock Car Racing Vital Thebeau A Message For You

The month of June 1960 there was a stock car race in Fredericton. We thought we should go and watch the race with the kids. I thought that was a lot of fun .We enjoyed it very much. The kids, wife and I sure liked to go watch the races; they were racing once a week.  Shortly after that I bought a 1955 Pontiac six cylinder car and I made myself a stock car. I took the motor out and I rebuilt it with 35 oversize pistons. I put the motor back together; it took me a couple weeks to build it.  We had some back roads so we had to try it. We had to break in the motor and I had to get used to driving it .I had it painted white and called it the” Saint 1″. 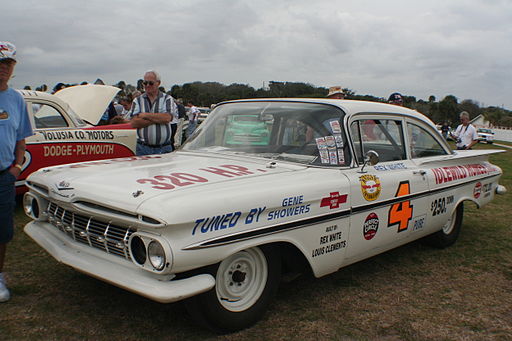 The first while, I had to drive it myself, because the guy I had to drive couldn’t drive it at night races because he had his own car. I drove it myself the first night, and did pretty well for the first race. I come in third place. I thought that was ok and I got a trophy that night.  My brother Joseph, drove it for the second race, I can’t remember if he won the race or not .All we were doing was having fun, there wasn’t too much money to be won at the races.  After the second race, my driver Gordon Chase took over the driving and I had more fun watching than I had driving it myself. 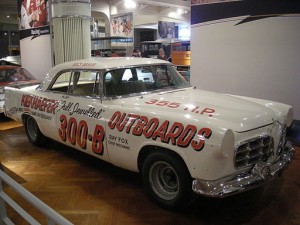 After the first year my brother Raymond decided that we would make a race track behind his workshop. He had 10 acres of land and I had the D 6 Caterpillar. It took us about three months to build it, I had help from a company, and his name was Roy Mills. He had a big bulldozer and he worked there for two or three days.  It was a quarter of a mile track and it was fairly fast. We built 150 feet of grandstands and seats.  We had a lot of fun there. We operated that for three years. We were bringing in 75 to150 spectators once a week and had about 20 to 30 stock-cars. The cars were older cars from 1950 to 1965. My own car I bought for 35 dollars, we had to reinforce the body with a two inch pipe for protection. We had a special weekend and we had about 2200 spectators. We made a few dollars that weekend. We also had a canteen; we sold hot dogs, burgers, pop, coffee, tea and chips. There was almost everything for people to munch on.  We had four or five different classes of racers, and it was horse power of the car, also by the age of the car and the amount of pistons. It was a good experience for both my brother and I.
There is a button at the bottom of the page that makes it really easy to by my book, and if you do buy one, I thank you for helping my dream come true.

If you would like an autographed copy, let me know!