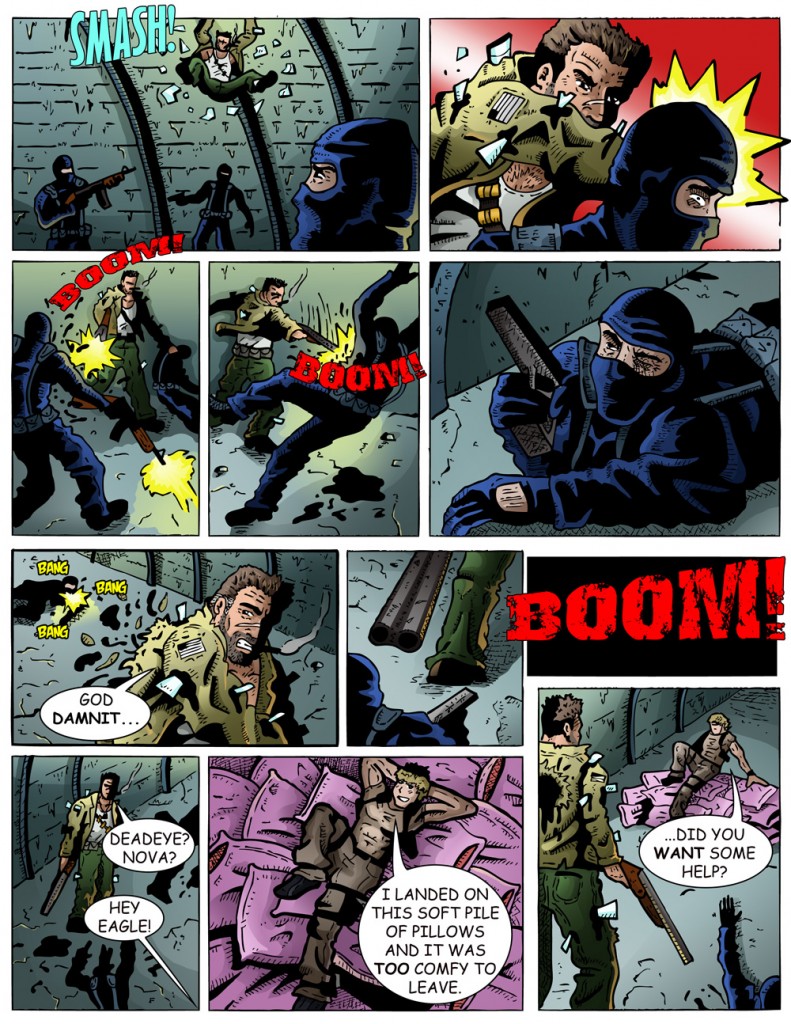 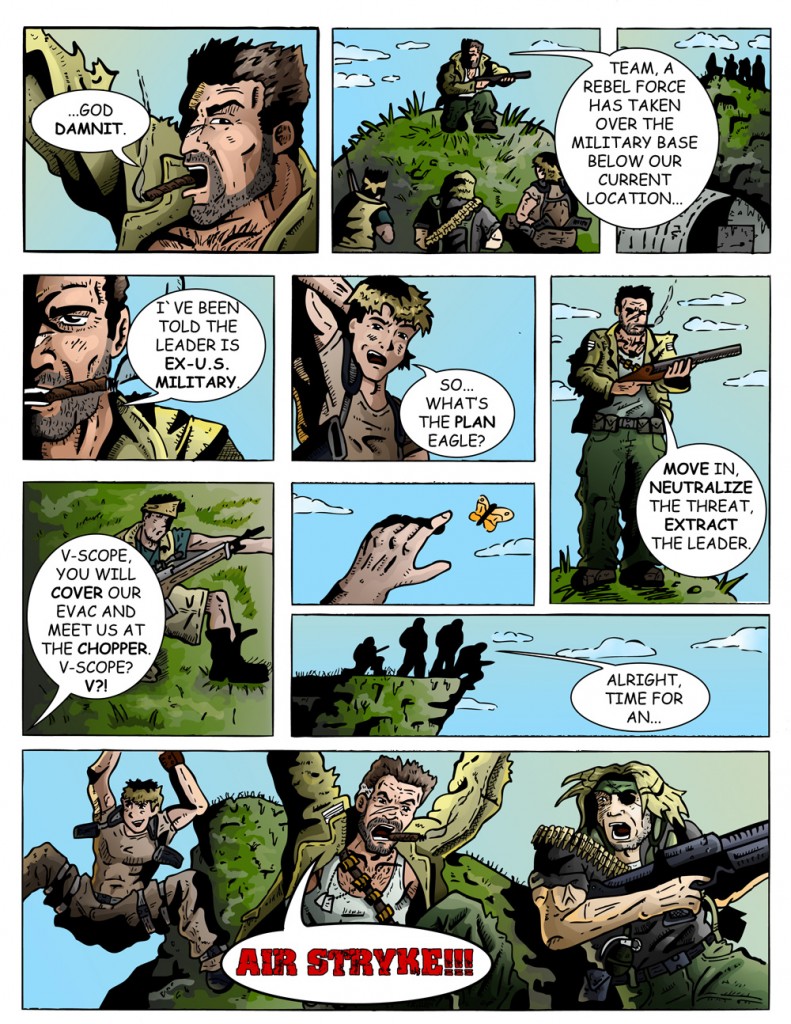 Team Stryker is one of our favourite online indie comics. Self described ‘Creator-Writer-Artist-Visionary-Canadian-HandsomeMan‘ Andrew Grieve has published his full-page format adventure series online for years now, and is now republishing the adventures of TEAM STRYKER here on Caotica from the beginning. In his own words:
“Our mission is to deliver an experience not found in the world of web comics where web comics are treated like printed comics with issues that have a distinct beginning, middle and end. Team Stryker is broken down into single “Missions” where they will face off against deadly and not-so-deadly foes. Once an issue has been completed it will be available in paper back for purchase.“
Why say anything else? Caotica’s Sunday’s are now officially Stryker Sundays, with 2 new pages being published each week for your viewing pleasure. Please enjoy this excess of violence/heroism responsibly.
Miss something? Check out last weeks instalment here.