A brutal cold spell could kill refugees. This is the climate issue Paris delegates must discuss.
Paul Driessen and Joe D’Aleo
Even after the latest Paris massacres – and previous radical Islamist atrocities in the USA, France, Britain, Canada, Spain, India, Iraq, Syria, Nigeria and elsewhere – politicians absurdly say hypothetical manmade global warming is the greatest threat facing humanity. In reality, fossil fuel contributions to climate change pose few dangers to people or planet, and winters kill 20 times more people than hot weather.
After being assured snowy winters would soon be something only read about in history books, Europe was shaken by five brutally cold winters this past decade. Thousands died, because they were homeless, lived in drafty homes with poor heating systems, or could not afford adequate fuel.
It could happen again, with even worse consequences. “Millions of desperate people are on the march,” Walter Russell Mead recently wrote in the Wall Street Journal. “Sunni refugees driven out by the barbarity of the Assad regime in Syria, Christians and Yazidis fleeing the pornographic violence of Islamic State, millions more of all faiths and no faith fleeing poverty and oppression without end.” 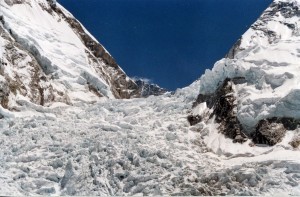 Not something a middle eastern refugee is looking for.

Where are they heading? Mostly not into neighboring Arab countries, most of which have yanked their welcome mats. Instead, if they’re not staying in Turkey, they’re going north to Europe – into the path the extremely cold “Siberian Express” has increasingly taken. Germany alone could face the challenge of feeding and sheltering 800,000 to 1,000,000 freezing refugees this winter.
If a blast of bitterly cold Siberian air should hit, temperatures in parts of eastern and northern Europe and the western Former Soviet Union could become 70 degrees F (39C) colder than cold spells in much of the Middle East. During the coldest Siberian outbreaks, it gets as lethally cold as -40F (-40C).
Northern and eastern Europeans are largely acclimated to such cold. However, for refugees from regions where winters average 20 to 30 degrees warmer, makeshift houses or tents will make their sojourn a bone-chilling experience. Europe’s exorbitant energy costs, resulting from its obeisance to climate chaos credos, could make this an even worse humanitarian crisis.
However, to listen to the UN, many world leaders, environmental NGOs, scientists from the climate alarm industry, and their sycophant media – especially on the eve of their Paris 2015 global warming summit – threats from cold weather are not supposed to happen. Just 15 years ago, the German paper Spiegel proclaimed, “Good-bye winter: In Germany bitter cold winters are now a thing of the past.” That same year, a British Climate Research Unit scientist said “children aren’t going to know what snow is.”
The media dutifully repeated similar claims each year, until freezing, snowy winters began hitting in 2008/09. In December 2010, England had its second-coldest December since 1659, in the depths of the Little Ice Age. For five years, 2008-2013, snow paralyzed travel in England and northern and western Europe. Heavy snows and poor visibility forced airports to cancel thousands of Canadian flights in January 2014; Niagara Falls partially froze and -40 temperatures hammered Toronto in February 2015; and Canada’s economy lost billions in both years, due to extreme winter conditions.
Not surprisingly, the media then blamed manmade global warming for the harsh winters. But in reality, natural Atlantic Ocean cycles lasting around 60 years control winter temperatures in Europe and Eastern North America. When the North Atlantic warms, “blocking high pressure systems” largely prevent warm Atlantic air from reaching Europe.
There is also a strong correlation between the sun’s geomagnetic activity and these blocking-induced cold winters in Europe. The five brutally cold winters ending in 2012/13 had the lowest level of solar geomagnetic activity in the entire record, dating back some 90 years.
When the North Atlantic is warm and the sun’s geomagnetic patterns are weak, these blocking patterns keep warmer Atlantic air out of Europe. Frigid air from off deep snows in Siberia can then more easily invade from the east, bringing sub-zero cold and heavy snows. That’s what happened from 2008 to 2013.
The ocean and solar factors eased in 2013, and the last two years have seen more Atlantic air and milder winters. However both solar and ocean patterns are starting to return to the situation where cold invasions are more likely. That could usher in nasty surprises for the Middle Eastern refugees.

Even this year’s early winter October cold brought news stories about Syrian children becoming sick amid exposure to colder weather than they were used to. In Austria, adults and children alike were already complaining about the weather and wishing they could go home.

In fact, cold weather kills 20 times more people than hot weather, according to a Lancet medical journal study that analyzed 74 million deaths in 384 locations across 13 countries. It should be required reading for the 40,000-plus bureaucrats, politicians, activists and promoters who will soon descend on Paris, to enjoy five-star hotels and restaurants while blathering endlessly about dire threats of global warming.
They should ponder the fact that the Lancet study reflects normal societies in peaceful countries. Even there, many more people die each year during the four winter months than in the eight non-winter months. Indeed, there even the United States experiences some 100,000 Excess Winter Deaths per year.
In the United Kingdom, the winter death rate is about twice as high as in the USA: excess winter deaths range up to 50,000 per year – due to the UK’s poorer home insulation and heating systems, and much higher energy costs caused by its climate and renewable energy policies.
The refugees’ excess winter death toll could well be even greater, due to the high cost of European energy and the migrants’ extreme poverty, poor nutrition, inadequate clothing and blankets, preexisting diseases, and makeshift housing: tents, trailers and other dwellings that have little or no insulation or central heat.
Systematic misinformation about the dangers of fossil fuels and hot versus cold weather has helped make this crisis much worse than needs be. Climate alarmists will thus bear the blame for thousands of avoidable deaths among refugees this winter, especially if the Siberian Express invades once again.
The Paris climate conferees need to focus on humanity’s real and immediate dangers: this rapidly growing refugee crisis, abysmal EU economies and job losses – and the billions worldwide who still lack the adequate, reliable, affordable energy required to end their crushing poverty, malnutrition, disease and early death, by ensuring clean water, proper sanitation, modern hospitals, lights, refrigerators and plentiful food. The climate conferees must address the following much more pressing questions.
How is climate change more important than safeguarding refugees who are already suffering from cold weather? Should conferees be focused on hypothetical future manmade climate chaos, while EU nations squabble over who will take how many refugees and potential terrorists, amid a possible winter crisis? What contingency plans do they have for another bout of frigid weather possibly invading the continent?
When a million refugees are freezing in squalid conditions with inadequate shelter, food, heat, clothing and medical care, and 1.3 billion people still do not have electricity – why would the world commit to spending billions on alleged future global warming catastrophes? As Bjorn Lomborg puts it, why would the world also want to give up nearly $1 trillion in GDP every year for the rest of this century, to avert a total hypothetical (computer modeled) temperature rise of just 0.306 degrees C (0.558 F) by 2100?
Where will the money come from to combat growing war and terrorism, aid the millions displaced by these horrors, rebuild devastated cities, put millions of people back to work, and bring electricity and better lives to billions of others – if we continue this obsession over global warming? Do humans really play a big enough roll in climate change to justify these incomprehensible price tags? Where is the actual evidence? Not computer models or press releases – the actual evidence?
It would be an unconscionable crime against humanity, if the nations gathering in Paris implement policies to protect our planet’s energy-deprived masses from hypothetical manmade climate disasters decades from now, by perpetuating poverty and disease that kill millions more people tomorrow. 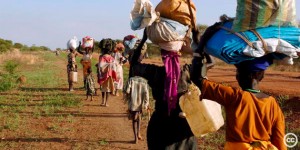 These are the real reasons climate change is a critical moral issue. We need to we recognize that, and stop playing games with people’s lives. We must acknowledge that horrific computer model scenarios do not reflect planetary reality – and must not guide energy policy.
Joe D’Aleo is a Certified Consulting Meteorologist and American Meteorological Society Fellow and co-founder of The Weather Channel. Paul Driessen is senior policy analyst for the Committee For A Constructive Tomorrow
. Climate experts Allan MacRae and Madhav Khandekar contributed to this article.