The Collapse of Time – John Hejduk 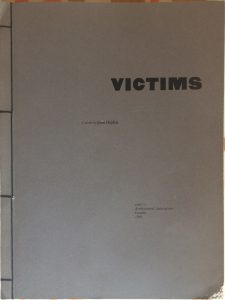 At the same time The Architectural Association published John Hejduk’s –  Victims – Text 1 1986. Victims is a project developed in 1986 as an entry in the IBA competition. The root of Hejduk’s Victims is the former garden of Prinz Albrecht Palasi, which is also the site of the SS Gestapo building. The urban plan Hejduk that develops contains buildings gardens, sculptures and transportation.
Two of the 67 drawings are featured here. 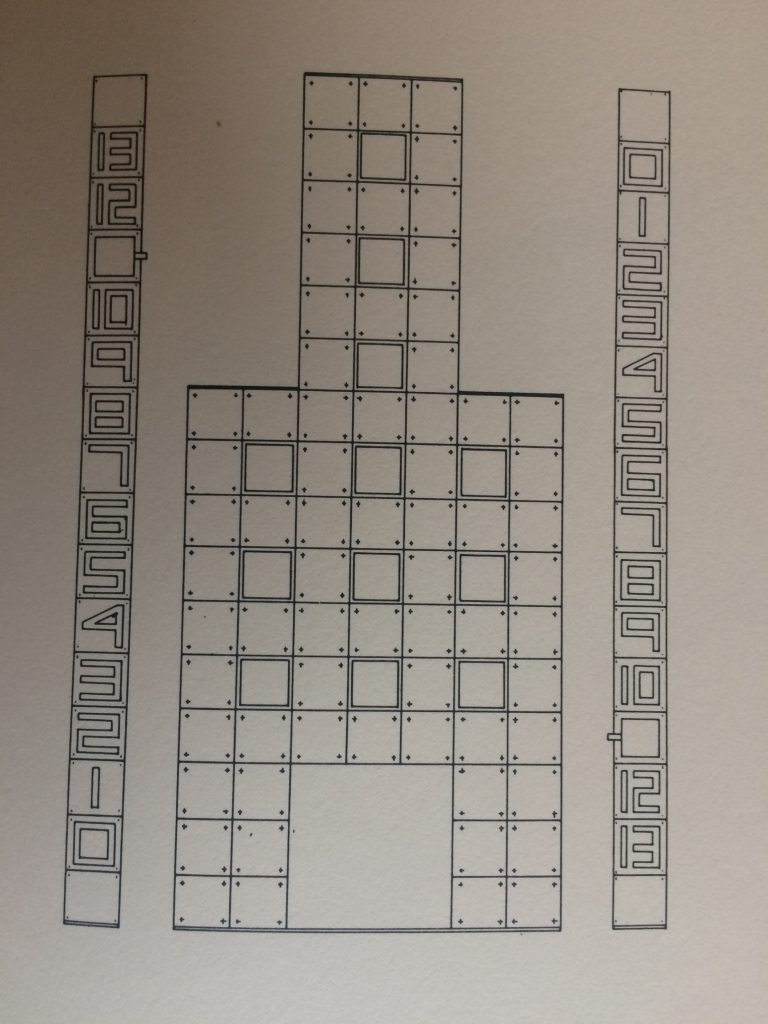 Custodian of the park. He lives in the gatehouse (entry to the park). The gatehouse is situated between two clock towers. One tower has the numbers 0-13 running from the top of the tower to the bottom of the tower. The other tower has the numbers 0-13 running from the bottom to the top. A Blank Square rides over the surface of each tower covering the present time. The two blank squares come to parallel alignment.
“Like all Hejduk‟s descriptions, this has a double meaning. The clock that tells us of the present time here masks the time. And yet, a cock also reminds of the past, and the engagements of the future. Yet this linear clock demonstrates the linearity of time. And the absolute arbitrary nature of counting time.0-13 is not our normal measure of time but a sort of fictional time.”
“ Drawing, Writing, Embodying: John Hejduk‟s Masques Of Architecture” –  Amy Bragdon Gilleyin – 2010 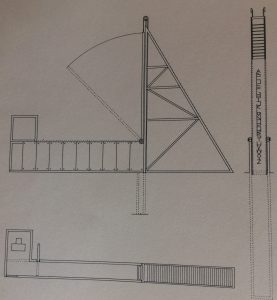 The Optometrist has a recurring dream. He is at one end of the long corridor room looking in perspective at the wall at the other end of the corridor room.On the wall is placed a typical eye chart – (two-dimensional). At time-fixed intervals he imagines the chart moving forward towards him. At various intervals it still-stops. Also at each interval the letters on the chart become more and more three-dimensional until the point where they  entirely engulf the Optometrist. At that moment he awakes and is relieved when he remembers the shooting gallery he had seen in Stockholm where at the end of a long corridor was placed a two-dimensional target figure. It progressively moved forward towards the firing mechanism of the gun. At intervals it became more and more  three-dimensional until the point where the one holding the gun was not sure if the target was longer a fabrication.
“In Diary Constructions, Hejduk calls his structures, Elements, not buildings: “The clock tower ( on wheels), Security structure ( on wheels) and Booth ( on wheels) … woman contained.” The structures require human intervention to become useable.”
“ Drawing, Writing, Embodying: John Hejduk‟s Masques Of Architecture” –  Amy Bragdon Gilleyin – 2010 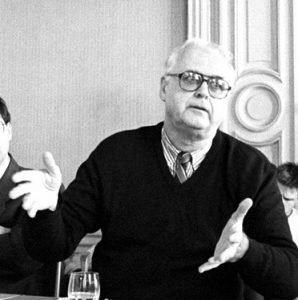 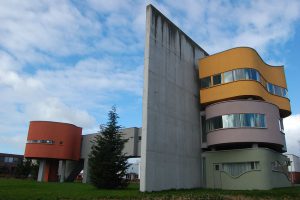