“That rifle on the wall of the labourer’s cottage or working class flat is the symbol of democracy. It is our job to see that it stays there.”
– George Orwell
“All political power comes from the barrel of a gun. The communist party must command all the guns, that way, no guns can ever be used to command the party.”
– Mao Tse Tung
“An armed society is a polite society.”
– Robert Heinlein 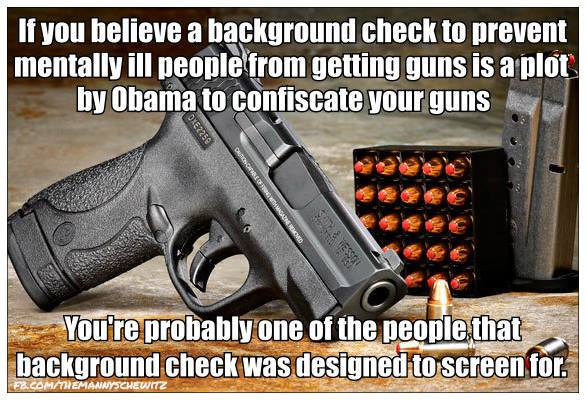 “My view of guns is simple. I hate guns and I cannot imagine why anyone would want to own one. If I had my way, guns for sport would be registered, and all other guns would be banned.”
– Deborah Prothrow-Stith
(Dean of Harvard School of Public Health)

“A fear of weapons is a sign of retarded sexual and emotional maturity.”
– Sigmund Freud
“Guard with jealous attention the public liberty. Suspect everyone who approaches that jewel. Unfortunately, nothing will preserve it but downright force. Whenever you give up that force, you are ruined…. The great object is that every man be armed. Everyone who is able might have a gun.”
– Patrick Henry

” …The right to defend one’s home and one’s person when attacked has been guaranteed through the ages by common law.”
– Martin Luther King
“There are hundreds of millions of gun owners in this country, and not one of them will have an accident today. The only misuse of guns comes in environments where there are drugs, alcohol, bad parents, and undisciplined children. Period.”
– Ted Nugent
“How many have to die before we will give up these dangerous toys?”
– Stephen King
It is criminal to teach a man not to defend himself when he is the constant victim of brutal attacks. It is legal and lawful to own a shotgun or a rifle. We believe in obeying the law.
– Malcolm X
“The problem is not the availability of guns, it is the availability of morons.” 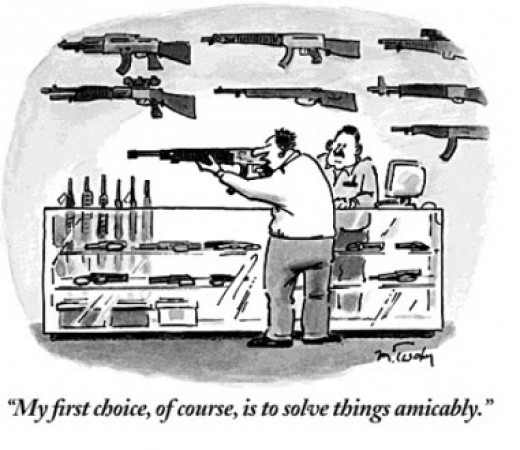 “You can tell a lot about a woman’s mood by just looking at her hands… for instance, if she’s holding a gun, she’s probably angry.”
― Roney Ngala
“But if someone has a gun and is trying to kill you … it would be reasonable to shoot back with your own gun.”
– Dalai Lama
“You don’t need no gun control, you know what you need? We need some bullet control. Men, we need to control the bullets, that’s right. I think all bullets should cost five thousand dollars… five thousand dollars per bullet…
― Chris Rock 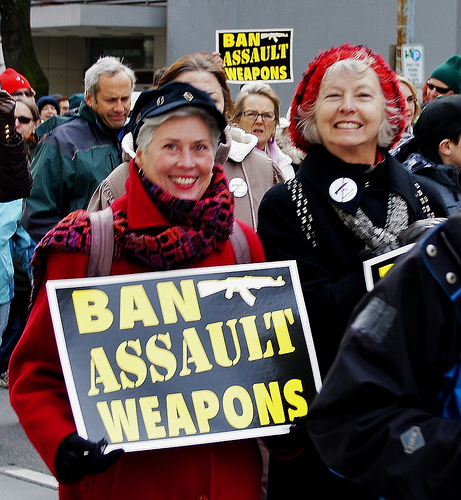 “Though defensive violence will always be ‘a sad necessity’ in the eyes of men of principle, it would be still more unfortunate if wrongdoers should dominate just men.”
– St. Augustine
“You don’t need a weapon to protect yourself.”
― Bill Maher
“I have a very strict gun control policy: if there’s a gun around, I want to be in control of it.”
– Clint Eastwood
“Without doubt one is allowed to resist against the unjust aggressor to one’s life, one’s goods or one’s physical integrity; sometimes, even ’til the aggressor’s death…. In fact, this act is aimed at preserving one’s life or one’s goods and to make the aggressor powerless. Thus, it is a good act, which is the right of the victim.”
– Thomas Aquinas 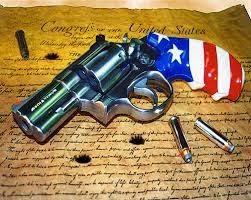 “Foolish liberals who are trying to read the Second Amendment out of the constitution by claiming it’s not an individual right or that it’s too much of a safety hazard don’t see the danger of the big picture. They’re courting disaster by encouraging others to use this same means to eliminate portions of the Constitution they don’t like.”
– Alan Dershowitz
“I don’t believe people should to be able to own guns.”
– Barack Obama