“Overrated” Tourist Destinations: It’s not them, it’s you.

Seeing the world used to be a rite of passage reserved for the most elite members of society. Today there are millions of people globe-trotting every year. Everyone agrees that travel is one of the most rewarding and enlightening experiences a person can have. But our experiences are not always positive.  It is commonplace now for travel writers to publish a most overrated list of places they feel just don’t live up to the hype.
Ninety-nine percent of the time when someone says they didn’t like their trip, their actual complaint is some variation of the claim that it did not live up to their expectations. As a resident of Los Angeles, I know tourist disappointment well.  Everybody comes to L.A. expecting glitz, glamour, beautiful people and regular celebrity sightings. I hear it every time somebody comes to visit me; “I thought it would be beautiful.” Or they go to Koh Phi Phi and expect to be alone on a deserted island.  Instead they find, to their shock and inconsolable horror, that there are other tourists there. 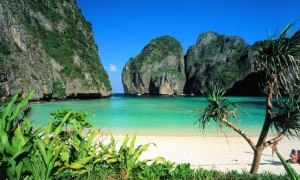 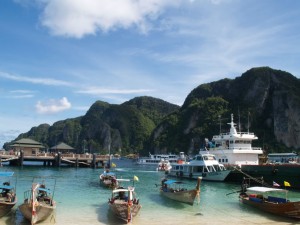 I think every tourist should be allowed to make this mistake once. I made it when I first visited Italy.  Having a background in classics and never having been to a popular tourist destination before, I imagined getting lost in the Vatican museum for hours.  I planned to have the most beautiful and relaxing aesthetic experience, all alone and surrounded by the priceless art and artifacts I’ve been learning about my whole life.  When I got there and the reality of being a tourist in Rome sunk in I became angry. I decided that I hated that awful country and its reams of moronic tourists for ruining my relaxing vacation.
And I jumped on that bandwagon hard.  I was that enlightened traveler who hated Rome, never wanted to go to Paris and emphatically told other vacation planners to go to the Balkans instead, citing that vapid and cliché argument we all know and love; “it’s off the beaten path”.  And people I talked to really soaked it up.  “Don’t go to Rome!  It’s full of tourists!”  As if that settles it.
I know what we are saying when we agree that tourism has ruined a place.  We are saying that the experience is no longer authentic, that you can’t go to the Colosseum and experience it the way Maximus Decimus Meridius did because you’re surrounded by all these camera toting fools. So it’s a total waste of time and we should just go somewhere else instead. 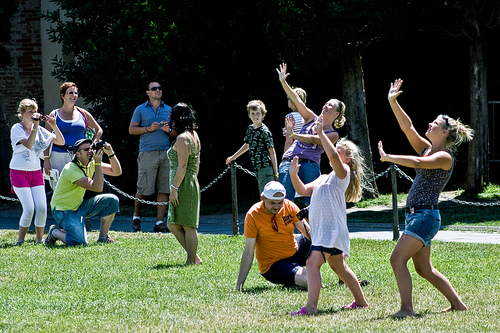 And it’s true, I’ll admit it, some of my most memorable travel experiences were those where I was the lone visitor in an unfamiliar land where nobody spoke my language, there were no hotels or tourist bureaus, and finding what you are looking for is a process of showing local shepherds a picture of a waterfall and heading in the direction they point you.  I won’t deny that hopping on a scooter with a man I’ve never met before in downtown Mandalay, praying he’ll take me to my hotel and not sell me to one of those infamous Southeast Asian prostitution rings makes for a much more exciting story than taking a cab to the Parthenon and paying the entrance fee, but spending a year with other tourists has really soured me toward this attitude that only “authentic” travel experiences are valid or worthwhile. Why?  It turns travel into a pissing contest.  It’s not about seeing what’s out there anymore, it’s a competition where everyone tries to score points by talking about all of the unconventional things they have done.
The first time this thought really started to solidify for me was when I was chatting in a group with a British woman in Kenya.  The topic of India came up and it became instantly clear that she did not give a shit about what anybody else had seen or done there.  She had gone a few years ago with work and was one of the select few world travelers who have ever seen “the real India”.  By that she meant that she did a slum tour and a resident of the slum made her some tea.  I wish I had counted the number of times the term “real India” came out of her mouth while she told her amazing story of being served tea by a “real Indian woman“, which gave her an authentic experience that none of us could truly comprehend. How she would know this is beyond me since she did not even bother to ask us if we’d been there.
“Real India” girl really rubbed me the wrong way.  For one, I was shocked to learn that I managed to go to India without seeing the “real” thing. For another it was glaringly obvious that this woman had no interest in sharing with others any valuable or enlightening knowledge about this country or its people. She just wanted to impress upon us the fact that she had seen something that the rest of us had not. 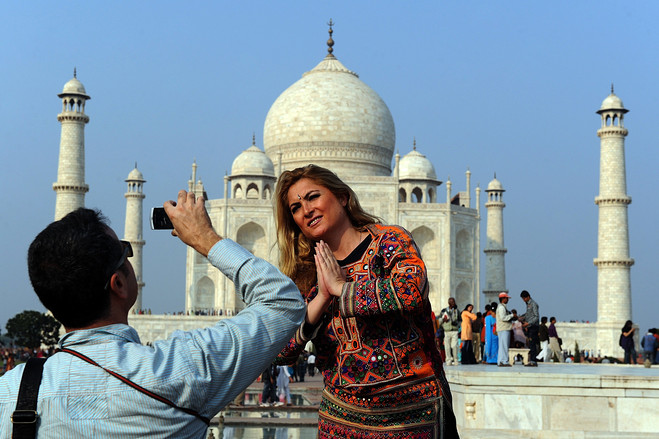 The more I travel, the more of these types I encounter (though I will add that they are not the majority).  I met an Irish man in Brazil who was very well traveled.  Since I was on my own extended backpacking trip, he asked about some of the places I’d been.  This is a nice enough question, but you will find that there are two types of people who ask it; people who are interested in hearing what you’ve done, and people who are looking for a segue into their own amazing adventure stories.  This guy was the latter.  However, he was further evolved than “real India” girl.  He stopped me when I got to Thailand.  As it turned out, not only had he been there, but he also hated it!
The next level of being well traveled is hating places that too many other people have been, with bonus points if you were there before it was cool.  One of the coolest destinations to hate these days is Thailand.  And it’s true, many places in Thailand are nothing more than tourist ghettos.  There are entire towns and islands that exist solely for tourists and have nothing more to offer than filthy backpacker dorms, cheap massages and a gazillion seedy tattoo parlors.
And yet many people love Thailand. Irish travel hipster will tell you it’s because they’re inexperienced travelers who haven’t seen the “real” Southeast Asia, but that guy is a stuck up jerk. He had a great time in Thailand, as his excruciatingly boring story about getting drunk and lost in Pattaya very clearly conveys.  He simply doesn’t want to tell you that he liked Thailand because he’s interested in emphasizing the fact that he’s been to cooler places than you, punctuating that point by telling you your two weeks in Vietnam “wasn’t enough time, man”, or that he’s not interested in going to a site you suggest in Myanmar because “it’s probably already ruined by tourists”.
To be fair, Irish travel hipster isn’t completely wrong.  Thailand has some serious problems on its hands with regards to the way it has handled a massive increase in international arrivals.  There is room for improvement, but hipster travelers everywhere will tell you that seeing something new and different is going to require you to “get out of your comfort zone”.  For me, that includes putting up with annoying touts, Bob Marley-themed drinking establishments and obese Russians in Speedos.  For better or for worse, touts, tuk-tuk scams and dreadlocked hippies are a real a part of Thailand today. If you’re willing to put up with these annoyances you will see a country that is immensely culturally rich and naturally beautiful. If you’re not willing to put up with it, then I guess Thailand is just too far out of your “comfort zone”.
Meeting people like Irish travel hipster and “real India” girl made me reevaluate my attitude about Italy. I remember standing in line at Accademia, getting hassled by beggars and yelling at Chinese tourists to stop cutting in line, asking myself “how could anybody come here and have a good time?” My original answer to that question was that all of those people are idiots. But the truth is that if you’re ever in a situation where it looks like everybody is stupid except you, the reverse is probably true.  I have come to understand that most people love Italy because they are willing to take the good with the bad.  Standing in line for two hours is a small price to pay for the privilege of seeing Michaelangelo’s David. Hell, I’ve stood in line for two hours to update my driver’s license and I accept that as a part of modern urban life. If I’m not willing to accept equally minor inconveniences for the privilege of viewing priceless Florentine art, then that is most certainly not Italy’s problem.
Seeing the world is a privilege and a dream that most people will never be able to fulfill.  While it can be frustrating when a popular destination doesn’t live up to your expectations, I suggest you either alter your expectations to reflect reality, or stay at home – there are way too many tourists there anyway.

Bonhams : SYMPATHY FOR THE DEVIL

Rock Concert (The Rolling Stones), a recent painting by the American artist, Barnaby Furnas, features in Bonhams Post-War and Contemporary Art sale in London on 29 June. It is...