Three TV obsessed writers/friends, with wildly different tastes, coming together to discuss, dissect, defend and destroy a television series they’ve only seen TWO episodes of – the Pilot and the Finale. The missing plot points, AKA donut holes, are then puzzled out using their extensive and excessive TV knowledge. Shows are selected (semi) randomly.

A self-destructive woman who has a spiritual awakening becomes determined to live an enlightened life, creating havoc at home and work.

Enlightened is a passion project of two artists: Laura Dern and Mike White set out to make a show about an extremely damaged and unstable woman trying to make a better life for herself. Enlightened received critical acclaim, though low ratings, but Laura Dern’s central character, Amy Jellicoe, is definitely damaged. 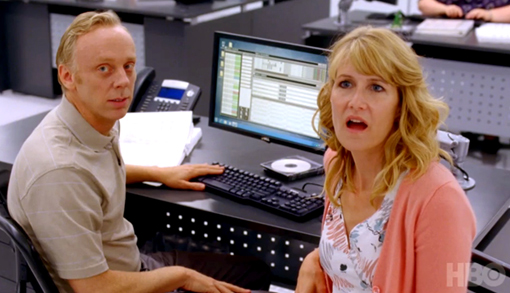 Amy is manipulative, self-centred, and prone to fits of rage or hallucinatory visions. Fired from her corporate job over her awful behaviour, she uses a spiritual retreat, a new new-age outlook, and a contractual loophole to get back in. Amy is demoted however, and so sets out to pick up the pieces of a life she’s broken by generally just acting like a dysfunctional human being.
But what does Amy want? Just to return to a career she seems to despise? To force her ersatz vision of a better, “more enlightened” world on the people around her?  She’s estranged from her mother, her ex-husband is an addict, she’s had an affair with her old boss, and she has no friends to speak of.
It’s not hard to understand why – she’s incredibly frustrating to watch, and impossible to relate to. Almost every decision she makes in the pilot from opening scene onwards renders her more and more alien to the audience. When a character’s problems are almost entirely all self-inflicted, how
Unless, of course, you’ve already bought into the vaguely spiritual nonsense she spouts during the show. If you’re a believer, you may have some interest in seeing her evolution. We certainly didn’t want to continue watching this, Saskia and Hannah having already given up on the show during its initial run, but the pilot is worth a viewing. It is a strangely unique piece of television, however vague. 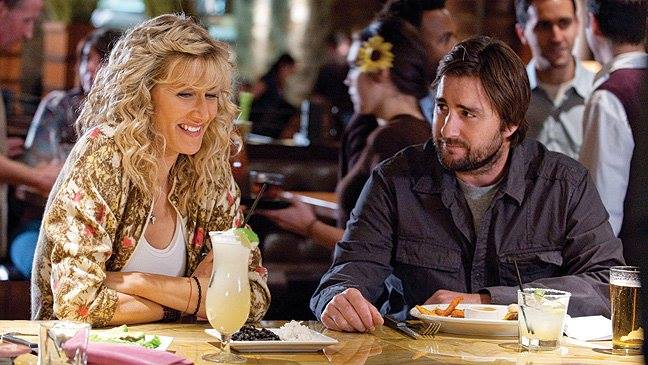 Amy and her ex-husband.