When will Africa get healthy and prosperous?

When will its leaders focus on vital issues affecting its people, instead of lining their pockets?

Steven Lyazi, Kampala
Africa is still battling “transitional periods,” from slavery and colonialism, to neocolonialism and eco-imperialism. Its wars, diseases and suffering will never end until we stop having greedy leaders who only care about their families, cronies and tribal members.,
The continent has enough natural resources to bring peace, health and prosperity to nearly everyone. And yet 90% of Africans still lack electricity and basic necessities, while corrupt leaders who could help transform our nations embezzle billions and leave parents and children starving and poor.
From Rwanda and Liberia to the Sudan and Uganda, we see every day the horrible effects of war – crippled men, widowed women, orphaned children and frail old people, without hands and legs, with slash marks all over their bodies. They struggle as scavengers, collapse and perish from hunger and disease, while politicians get rich.
Meanwhile, environmental activists, western powers and UN agencies dictate what issues are important – and use them to keep us poor and deprived: manmade climate change, no GMO foods, no DDT to prevent malaria, using wind and solar power and never building coal, natural gas or nuclear power plants. This is a criminal trick that denies us our basic rights to affordable energy, jobs and modern living standards.
Earlier this year, in South Sudan, I saw thousands of starving people suffering from war wounds, malaria, meningitis, hepatitis, vitamin deficiencies, cholera and other diseases. Here in Uganda, I see hundreds trying to survive and recover from these diseases, heart attacks, diabetes, kidney failure and cancer, receiving little or no medication and terribly inadequate care in  hospitals and clinics that are falling apart and don’t even have window screens or safe running water.
In January 2015, I was in Kampala’s Mulago Hospital caring for my friend and mentor, Cyril Boynes, who was dying from a stroke and kidney failure. The doctors and nurses tried to save him, but they had old, broken equipment and constantly battled electricity failures. Many times, the power went out, the lights and equipment stopped working, and people died before the electricity came back on.
For those who cannot fly to Europe for care, death does not distinguish between rich and poor, Ugandan or foreign. The same terrible facilities and lack of medicine affect everyone. In a world with so much money, technology and knowledge, there is no reason this should continue, year after year.
Before war broke out in South Sudan in 2013, there was some stability and a lot of nongovernmental organizations, companies like Ford Motor Company, private investors and other people arrived to do business. Many thought they could earn good profits, and some succeeded.
Some East African people in Uganda, Kenya, Tanzania, Rwanda, Burundi, Somalia, the Republic of Congo and other countries around South Sudan received new opportunities and skills. They were able to feed their families, send their children to school, pay medical bills and cover other expenses.
But today there is war and economic recession, oil prices have collapsed, and Ford and other companies closed their operations and left. Some 80% of the people again have no jobs. Their families are again impoverished and starving.
In South Sudan, most people still practice primitive subsistence farming. A UN Development Program report says 90% of the land in South Sudan is suitable for agriculture, but less than 5% of it is cultivated. This is because oil was the primary source of income for the country, the economy has collapsed, and few farmers have modern equipment, fertilizers or seeds to make any profits.
If South Sudanese people have electricity at all, it is from small diesel-powered generators for homes, businesses and hospitals. It is not sufficient, it’s available only some of the time, and there is almost no electricity outside of Juba and other big towns. Few people have motor fuels either, for cars or farm machinery, and the land is too vast to be cultivated by hand hoe or animals.
Calls for us to live “sustainably,” use wind and solar and biofuel power, and never use fossil fuels, are a demand that we accept prolonged starvation and death in our poor countries. They mean desperate people will do horrible things to survive, even just another day.
In 2006, I met a lady in Mulago Hospital whose son was dying from malaria. The Congress of Racial Equality people I was with asked her if she knew that DDT could help prevent malaria, by keeping diseased mosquitoes from coming into their homes. She said, yes, “but DDT is bad for the environment,” so she opposed using it.
It is crazy how lies about this chemical have made mothers willing to let their children die, rather than spray it on their homes. Malaria has killed millions of people in Uganda and is still the number-one killer disease in Africa. Over 1,000 babies and mothers die every day from this disease. We protect the environment from imaginary problems and die from environmental diseases.
What good is having an environment without people, without me and you? 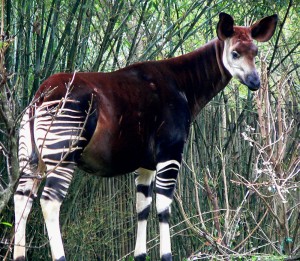 In 2010, 32 coal miners where shot dead in South Africa. They were protesting for salary increases, which the mine owners and South African government said they could not afford, because of the terrible world economy and low coal prices. Meanwhile, the miners’ families are starving.
Our government is planning to construct a pipeline from western Uganda to Tanzania. The project could employ over 15,000 people. Along with other oil operations, it will boost our economy and give us more critically needed energy. But some agencies and organizations oppose it because it would “contribute to global warming,” and they would rather see us remain poor beggars to the West.
Like these “environmental” activists, African leaders do not care about the well-being of our citizens. They are incompetent, greedy, callous criminals, driven by ideologies and a love of power over people.
They love their armies and fast cars, treat their own people like terrorists, and have betrayed our continent. They pay no attention to the most critical and fundamental needs and concerns of people who are jobless, poor, hungry, and at the mercy of diseases and the environment. They do not care that most of their people never have clean water, a decent home, enough food to live, or electricity for even one light bulb and a tiny refrigerator.
In 2007, Cyril Boynes organized a 332-kilometer (206-mile) people’s march from Kampala to Gulu, Uganda, to support using DDT to eradicate malaria. This year, I participated in a march from Gulu to Kampala, to remember those who suffered during the long war with Joseph Kony’s murderous Lord’s Resistance Army, to honor my mother, who walked 20 km every day so that her children could eat and live – and to promote health and prosperity for our country and continent.
When will that day come? When will politicians and activists who say their care about the world’s poor stop worrying about global warming, pesticides and GMO crops – and start helping us get the energy, food, medical facilities, technology, jobs and economic growth we need to improve our lives?
____________
Steven Lyazi is a student and day laborer in Kampala, Uganda. He served as special assistant to Congress of Racial Equality-Uganda director Cyril Boynes, until Mr. Boynes died in January 2015.